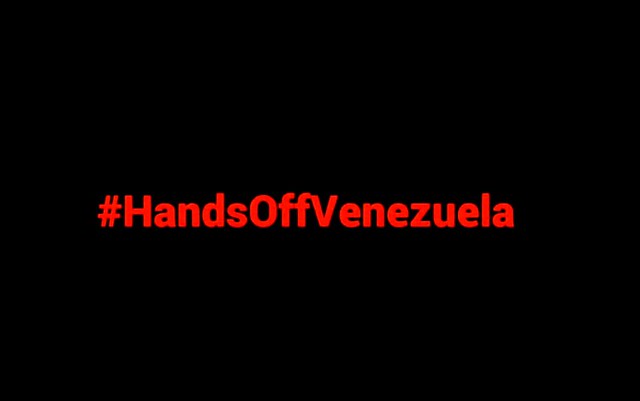 A lot more energy is invested by people in theorizing what respectable and corrupt influences motivate members of the U.S. Congress than at least some members of the U.S. Congress invest in thinking or in having opinions at all. If you’ve ever been the victim of one of those Tonight Show videos in which they ask you and other bumbling idiots on the street in Los Angeles to name a country, any country, or something else that easy, and you couldn’t do it, you may enjoy watching videos of U.S. Congress Members clearly incapable of finding their own asses with a flashlight and a map. Are they opposed on principle to a coup in Venezuela, or in support of one? [Watch video below] Do they flip their position because of the party of the emperor in the White House or because of a “donation” to their campaign fund? Have they been swayed by this or that lobbyist or news report? Nope. None of it. They’re lucky if they can identify Venezuela as a place in South America where something or other happened recently. Some of these people, elected to run this so-called country, openly declare that they like to work in only one issue area, which doesn’t happen to be foreign policy. Some of them clearly oppose Trump only haphazardly and for some reason other than the babbling incoherence of his speech habits. Commentators have surmised that Trump addresses his fourth-grade-level logorrhea to the people with the misspelled signs at the fascist rallies, but it’s possible he’s actually a better communicator to Congress than some of his predecessors have been.

Of course, there are other Congress Members with intelligent informed opinions, just as there are smart people on the street in LA. And, of course, all Congress Members do have to vote sometimes, at which point it does matter who or what is determining their votes. But when it comes to thinking and forming opinions on important matters of foreign policy, the incompetence of Congress, combined with the cowardice of Congress, makes the views of those in the White House, Pentagon, and State Department all the more important. And here we’re talking about people who don’t even have to pretend to be embarrassed by being funded by weapons dealers; it’s considered a qualification. “The Russian Peace Threat” sounds strange if you’re a decent human being or if you watch MSNBC and have nightmares about Vladimir Putin. But in the halls of imperial power in Washington D.C., the threat from Russia is clearly more one of peace than war.

I just received and read a new book by Ron Ridenour called The Russian Peace Threat: Pentagon on Alert. It’s 533 pages and more a collection of incidents than an argument. A lot of it is lengthy quotations, not original writing. But it ought to be read by anyone who’s not spent years searching out the best independent reporting and historical writing about U.S.-Russian relations. Not only should we understand 102 years of U.S. antagonism toward Russia, but we should recognize the power of all those years of propaganda. Typically, the U.S. government/media has demonized a foreign ruler/government/people for some months or years to get a war going, and the effects have been quite long lasting. None of those propaganda campaigns measures up to the volume and duration and all-pervasiveness of the anti-Russian theme. It’s in everything from children’s games to adults’ books, and every adult remembers it from their childhood. It’s so dominant in U.S. culture that it even twists upside down the story of the single most important and mythical incident in U.S. history: World War II. Most of those in the United States who can even tell you that the Soviet Union was on the same side as the United States in that war cannot tell you accurately which of the two countries was in the war first or which did vastly more of the killing, dying, and conquering.

The U.S. and Russian governments blame each other for violating the INF Treaty. But Gorbachev had wanted to go much further and get rid of all of the nukes. Reagan (or, rather, the people around him who decided everything) refused. The INF Treaty was the best that Russia could get the United States to do. And it did a lot of good. Missiles were destroyed by the thousands. Verification and communication procedures were set up. The ability of warmongers to push hatred and paranoia was lessened in Washington and in Moscow. And what happened during the past 18 years of U.S.-led catastrophe-creation across the Middle East and North Africa? Russia tried and tried for better relations. The United States refused. The U.S. left the ABM Treaty. The U.S. expanded NATO to the border of Russia and installed missiles. The U.S. threatened and lied about Russia non-stop, habitually. And now the U.S. President wants to leave the INF Treaty, and it hardly even occurs to anyone that Congress could refuse to allow that, if it knew what the INF Treaty was, if it wasn’t busy taking lesson on what a tweet is or how to stand up straight or tie one’s shoes.

Of course, Russia no more wants the United States to trash the INF Treaty than it wants a coup in Venezuela or the U.S. withdrawal from the Iran agreement or the U.S. refusal to ban weapons in space or cyber attacks, or the U.S. weapons in Ukraine, or the ongoing expansion of NATO, or the opposition to Russian energy deals, or most of what the government of Donald Trump does. But there is apparently nothing Trump can do that would be sufficiently anti-Russian to either satisfy the warmongers or to convince the MSNBC viewers that Trump isn’t taking orders from Russia — I mean nothing that would leave anyone alive to approve of it.

The dumbing down of discourse makes it necessary to note here that by saying the United States has not exactly been a good global neighbor toward Russia, I have not in fact asserted that the Russian and Soviet governments have always or ever been perfect models of pure loving wisdom and enlightened kindness. Whatever it is that allows one to read such silliness into words that mean nothing of the sort might be considered for elimination from our public diet.

An even dumber and more common notion about Russia, of course, is that it is a demonic land filled with subhuman monsters. In U.S. culture, one has to get to know people a little bit intimately, learn their names and some details about them, in order for them to be “humanized.” With that goal in mind, I highly recommend signing up for the following trip:

“U.S. Diplomatic Mission to the Russian Federation by American Citizens, May 30 –– June 15, 2019: When official diplomacy is non-existent, when the two nuclear Superpowers are poised for war with each other, when both major political parties support a warring position toward Russia, when only one side of the history or story is being told in U.S. mainstream media, it’s time for American citizens to search for contributing factors and travel to Russia themselves to get other points of view on these issues … and collect information to bring home, to dilute the war-making efforts. The Center for Citizen Initiatives (CCI), with its thirty-five year history working between the U.S. and USSR/and the new Russia, invites you to request an application for a 17-day diplomatic mission to Russia for American citizens. Please email me for more information: President and Founder, Center for Citizen Initiatives, Website: ccisf.org, sharon@ccisf.org.”

Is the US Meddling in Venezuela? Max Blumenthal Asks US Congress Members.

Amidst Russiagate fever, the Grayzone’s Max Blumenthal heads to Capitol Hill to ask members of Congress if they think the US is meddling in Venezuela’s political system. The Trump administration had recently recognized the president of the country’s National Assembly as interim president of the nation and intensified sanctions on the country.

The REAL Reason The U.S. Wants Regime Change in Venezuela

The U.S. and its allies have decided to throw their weight behind yet another coup attempt in Venezuela. As usual, they claim that their objectives are democracy and freedom. Nothing could be farther from the truth. The following presentation will expose the real motives and human consequences of this gambit. We’ll start with a quick rundown of recent events. To fully understand those events however, will require a history lesson; a background check on the key players. Supporting links, documentation, and updates can be found at StormCloudsGathering.com/venezuela

Award-winning author and host of “On Contact” Chris Hedges joins News with Rick Sanchez to discuss the claims of Russian propaganda and misinformation.

Will Griffin: Updates on Venezuela + Nicolas Maduro: Let Us Not Allow Another Vietnam War In My Homeland + US Recipe to Overthrowing Governments

Max Blumenthal: Scaremongering Over Russia And China Is Being Exploited To Silence Dissent On Social Media