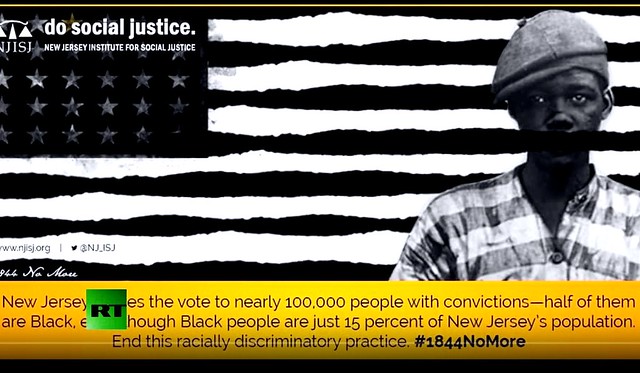 More than 6 million United States citizens are currently denied the right to vote due to state laws that disenfranchise citizens who have been convicted of a felony. More than 75 percent of these disenfranchised citizens are not in prison, and more than half have completed all terms of parole and probation.

The US is unique in the civil consequences it applies to its criminal population, almost certainly the only country in the world that disenfranchises a significant number of people who are either no longer incarcerated or were never in prison at all. Activists and advocates though are fighting back by reforming state laws.

3 thoughts on “Chris Hedges: Many US Citizens Are Currently Denied The Right To Vote Due To State Laws That Disenfranchise Citizens Who Have Been Convicted Of A Felony”