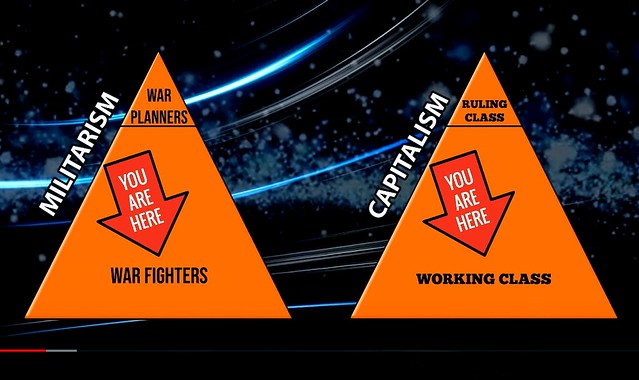 With Will Griffin
Writer, Dandelion Salad
The Peace Report
February 13, 2019

“[Modern militarism] wants neither more nor less than the squaring of the circle; it arms the people against the people itself; it is insolent enough to force the workers … to become oppressors, enemies and murderers of their own class comrades and friends, of their parents, brothers, sisters and children, murderers of their own past and future. It wants to be at the same time democratic and despotic, enlightened and machine-like, at the same time to serve the nation and to be its enemy.” — Karl Liebknecht