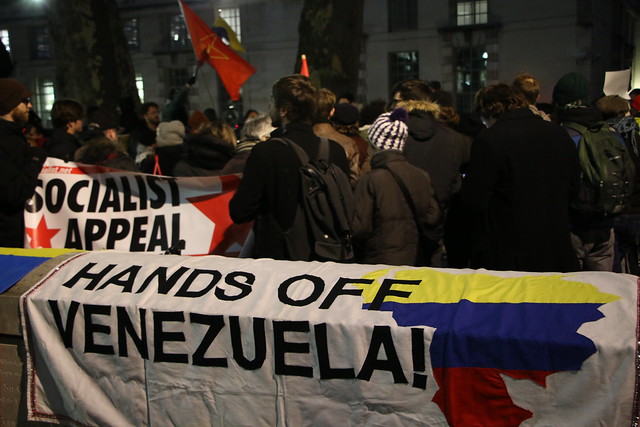 As US politicians are putting rhetoric against Venezuelan President Nicolas Maduro into high gear, US President Donald Trump gave a speech in Miami calling for Maduro to step down and for an end to socialism in Latin America. RT America’s Manila Chan interviews political analyst Jim Kavanagh to discuss why he considers the Trump administration’s attacks on Maduro as nothing more than “overt imperialism.”

Articled mentioned in the video: The Siege of Venezuela and The Travails of Empire by Jim Kavanagh (must-read)

Chris Hedges: Coup in Venezuela is an Open Violation of International Law

7 thoughts on “Jim Kavanagh: The Trump Administration’s Attacks On Pres. Maduro Are Nothing More Than Overt Imperialism”