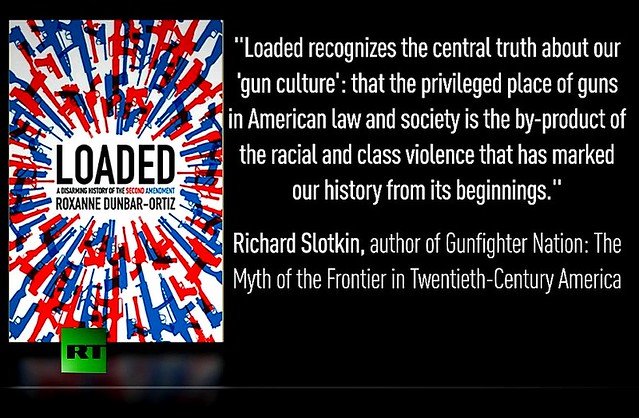 In the USA, right-wing groups such as the National Rifle Association interpret the Second Amendment of the US Constitution as permitting any individual to own weapons. In this week’s episode of On Contact, historian Roxanne Dunbar-Ortriz, in her new book Loaded: A Disarming History of the Second Amendment, and in her conversation with Chris Hedges, argues the amendment has more to do with white supremacy and the subjugation of Indigenous peoples, African-Americans and immigrants than the individual right to have a gun.