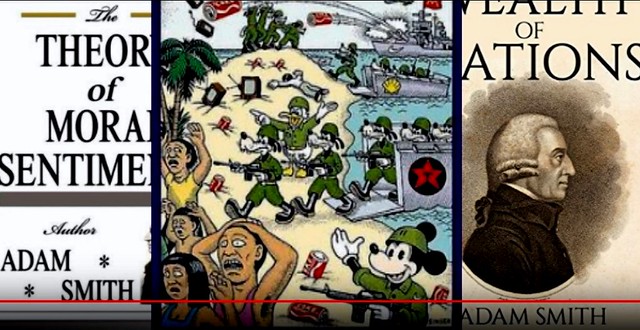 “Wherever there is great property there is great inequality. For one very rich man there must be at least five hundred poor, and the affluence of the few supposes the indigence of the many.” ― Adam Smith, An Inquiry into the Nature and Causes of the Wealth of Nations, 1776

“Consumption is the sole end and purpose of all production; and the interest of the producer ought to be attended to, only so far as it may be necessary for promoting that of the consumer.” ― Adam Smith, An Inquiry into the Nature and Causes of the Wealth of Nations, 1776

One thought on “Who Was The Real Adam Smith? by The Anti-Social Socialist”