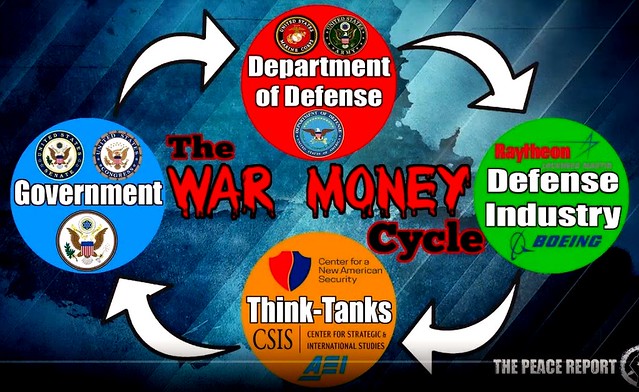 Jonny Lewis is the writer and director of Antiwar Comedy Shorts

Jonny Lewis approaches the serious subject of war, through comedy, as a way to open people up to the message of being antiwar.

“The purpose of these films is to help people to think a bit more deeply about this thing we call war, which is the killing and maiming of our fellows, and the death and suffering of young people in uniform in the name of lofty goals, but which always involves money and power and greed. But rather than convey my message through the dark lens of gritty documentaries, I choose to use humor.

“It is not my intention to disparage soldiers or veterans. I hope to one day explore the experiences of veterans in a feature-length film, and I welcome comments from all veterans (but especially those whose beliefs have changed after their service).” — Jonny Lewis

4 thoughts on “Will Griffin: Comedy for the Antiwar Movement”