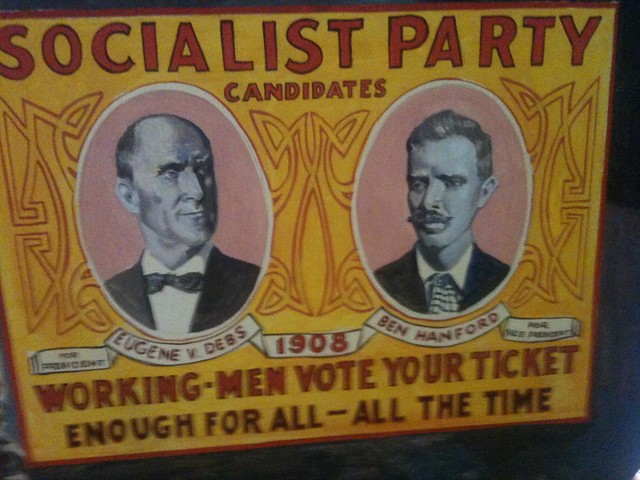 In 1920, Eugene V. Debs, ran for president on the Socialist Party ticket and received a million votes–even though he was serving a prison term for speaking out against the First World War.