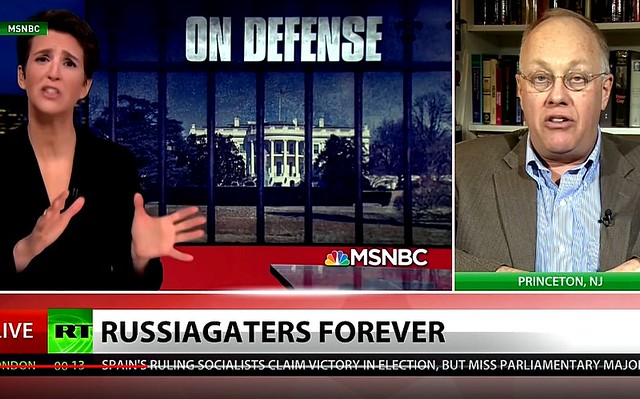 Rachel Maddow smugly tweeted “death by algorithm” with a link to a recent Washington Post article lamenting that an Aaron Maté interview conducted by Pulitzer prize-winning journalist Chris Hedges, host of RT America’s “On Contact,” was recommended to people in the wake of the Mueller Report. Hedges joins Rick Sanchez to respond to Maddow’s latest conspiratorial spasm. He argues that she “functions to keep viewers glued to the set” and that her claims “aren’t tied to any verifiable reality.”