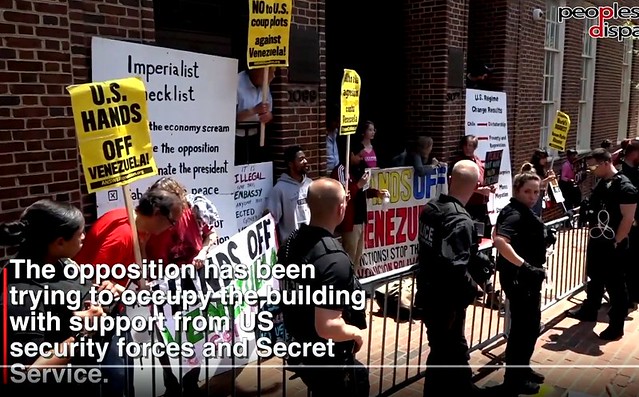 I’ve been studying the Pentagon’s use of psychological tactics in the way it recruits youth into the armed forces for 20 years, so I have a sense of the lack of boundaries practiced by the US government through its military. Now I can report on the psychological tactics employed by the State Department through the Secret Service Police. I spent a week in the besieged Venezuelan Embassy in Washington, and I was exposed to a relentless psychological operations campaign (psy-ops) orchestrated by my government to drive peace activists like myself from the embassy.