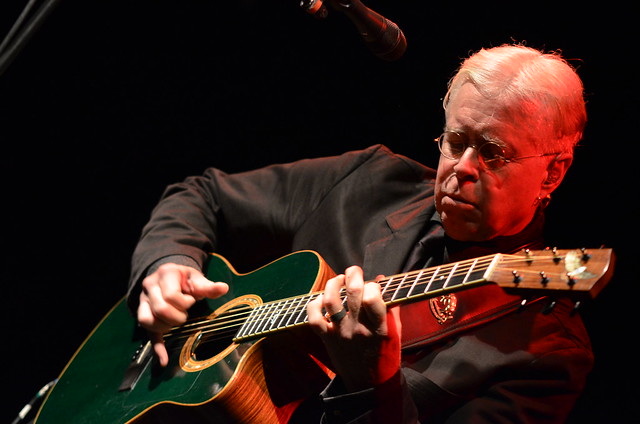 If I Had a Rocket Launcher: RAI with Bruce Cockburn (1/9)

Canadian singer-songwriter Bruce Cockburn speaks with host Paul Jay about his memoir Rumours of Glory, and how growing up in Cold War-era Canada affected his understanding of community.

The Trouble With Normal: RAI with Bruce Cockburn (2/9)

Songwriter Bruce Cockburn speaks with host Paul Jay about whether his music is ‘anti-American,’ and about his early spiritual influences.

Songwriter Bruce Cockburn talks about writing the song Gavin’s Woodpile and the impact of mercury poisoning on First Nations communities in Northwestern Ontario.

The Charity of Night: RAI with Bruce Cockburn (4/9)

Bruce Cockburn explains why he refers to himself as an ‘artist-correspondent,’ and describes how his relationship to God and the church has changed since he started writing music.

Songwriter Bruce Cockburn discusses his experience visiting Guatemalan refugee camps and the inspiration behind his political and spiritual songwriting.

Songwriter Bruce Cockburn explains the origins of the song Pacing the Cage, “a lament about being stuck.”

Bruce Cockburn and Paul Jay discuss the existential threat of climate change, and how the song False River was written in protest of pipeline development in Canada.

Humanity will not be able to address climate change without also examining the reasons our democracy is flawed, says singer-songwriter Bruce Cockburn.