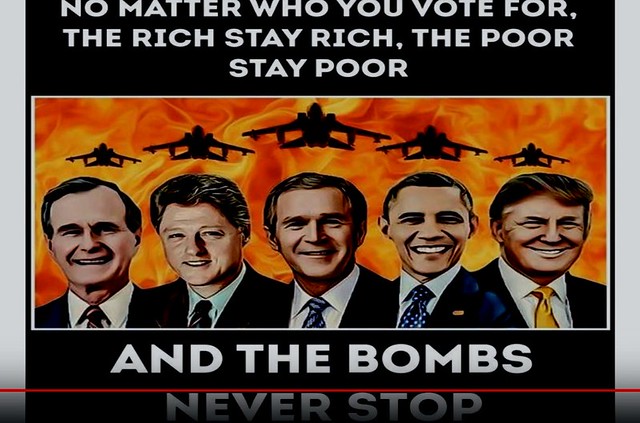 “The trouble with Eichmann was precisely that so many were like him, and that the many were neither perverted nor sadistic, that they were, and still are, terribly and terrifyingly normal. From the viewpoint of our legal institutions and of our moral standards of judgment, this normality was much more terrifying than all the atrocities put together.” — Hannah Arendt, Eichmann in Jerusalem, 1963

The Galtons were a family from Birmingham England. They were Quakers who were also gun manufacturers. In the 17th and 18th centuries, guns did not have the same connotation as they do today, as they were mostly used to hunt game and protect property, especially crops from wildlife.

However, as England began to assert its dominance over the world, this eventually came into conflict with the unChristian nature of war, a bedrock of the Quaker faith. When Samuel Galton Jr. was confronted by his congregation about his role in British conquest, he was quick to point out that other Quakers owned banks that helped fund the imperial war machine, produced iron that he personally used to manufacture his weapons; and that every time a Quaker made a purchase, because of the tax, was an act of supporting state violence.

Galton argued, that even if he were just to sit at home and do nothing but twiddle his thumbs and lawfully pay his taxes, he would still be complicit in war and conquest because the system gives him no other option. Samuel Galton Jr. felt that his fellow Quakers were all complicit and were arguing degrees instead of principles And, because there was no option, the degree to which you were willing to participate in the global war machine was a personal matter.

I’m going to assume you find slavery appalling. Yet your shoes are made in China, your pants in Vietnam and your shirt in Bangladesh. Today there are more slaves in the world than there were at the height of cotton production in the American south 200 years ago and it is financially supported by people like us.

Do I think you and i are bad people? No. I understand there are systemic constraints that stop us from distancing ourselves from things we find appalling.That is the reason I didn’t find it hypocritical that candidate Trump promised to bring jobs back to America while his companies used foreign labor, or why Bernie Sanders won’t personally pay the rates in his plan until it is implemented.

It’s why I don’t find it hypocritical that free market libertarians use modern technology even though it was all developed in the state sector, or why socialists buy products from Amazon. Author Priya Satia writes:

“If every protest we do is about preserving our own conscious, then the more we avoid our collective complicity or systemic complicity the better we feel. But if our protest is really about achieving some kind of real change we need to think more about entire systems…but instead we have now accepted the natural order as it is and try to find the particular problems in it to fix. ” — Priya Satia

This doesn’t absolve us from responsibility or relieve us from leading by example. But it’s important to put things in perspective. What is the systemic effect of biking to work when a mere 100 corporations are responsible for 71% of global carbon emissions?

The Psychopathy of the Capitalism

Many people see corporate CEO’s as evil human beings out to destroy the world. And while good people are not attracted to power, it’s a little more complicated. The CEO’s of fossil fuel companies know full well they are mortgaging the future of their grandchildren, but what are their choices?

They can continue their role in destroying the planet and reap the short term rewards or, they can refuse to part-take and someone else fills their role and nothing changes because this is the logic of our current system.

And because capitalism is psychopathic, it attracts psychopaths. They system rewards us, on virtually every level, for doing the wrong thing. Psychopathic people rise to positions of power in the capitalist system because they are able to do things the rest of us are not capable of.They go in and gut a business, with no regard for the families of employees or the affects on the community. And when psychopaths get in positions of power they shape the world to fit the way they see it, that everything is there to serve them.

Capitalism attracts people that are good at extracting money from the weak, vulnerable and ignorant. That is why jobs like middle managers, salesmen, technocrats, rent seekers and money manipulators have increased while real jobs that produce real value like mechanics, carpenters, plumbers and nurses have been completely devalued by our society.

Making the Trains Run On Time

The Jewish political theorist Hannah Arendt, who fled Germany during Hitler’s rise to power, documented the famous trial of Adolf Eichmann in her book Eichmann in Jerusalem: A Report on the Banality of Evil where she wrote:

“The trouble with Eichmann was precisely that so many were like him, and that the many were neither perverted nor sadistic, that they were, and still are, terribly and terrifyingly normal. From the viewpoint of our legal institutions and of our moral standards of judgment, this normality was much more terrifying than all the atrocities put together.” — Hannah Arendt

“It’s difficult to get a man to understand something when his salary depends upon his not understanding.” — Upton Sinclair

The entire capitalist system is inequitable and exploitative; depended on conquest and growth. Nothing is ever enough. The law requires executives to maximize profit for their shareholders. The system makes it nearly impossible for you to do anything about on our own. So what is one to do? Pulitzer Prize winning author Chris Hedges writes:

“Becoming a part of a social movement is the only way to respond to these issues. There is no time to play the game of politics. The question is not how to get good people to rule, because most people attracted to power are mediocre at best. Instead, the question is, How do you make the power elite frightened of you…

“In 1971 there was such a giant anti-war demonstration in Washington, D.C., that President Richard Nixon had empty city buses surround the White House, bumper to bumper, as a barricade. According to Henry Kissinger’s memoir, Nixon was still worried that the protesters would break through.“And that is just where we want people in power to be.” — Chris Hedges

Caleb Maupin: Can Socialism Be Achieved Through Voting? + What’s Up with Andrew Yang? A Conversation on UBI

We Need To Overthrow The Present Political System by Eric Schechter

Something Seems To Be Missing by Shawn S. Grandstaff

7 thoughts on “Are You Complicit? by The Anti-Social Socialist”