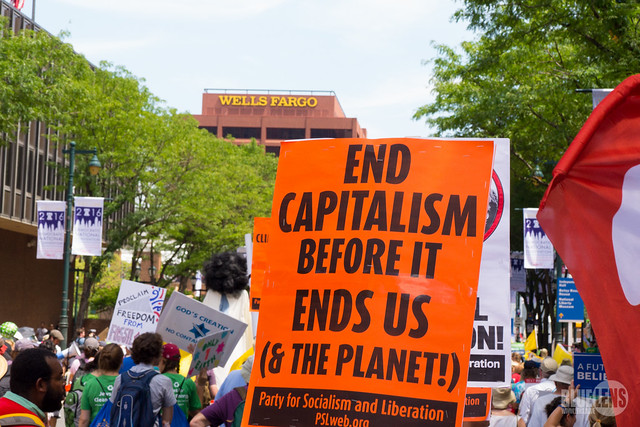 Climate change is the main subject of the day, and rightly so. What do Marxists have to say that may be helpful in understanding it and hopefully (and it’s only a possibility) stopping it? Or, What is the relation between climate change and class struggle?

Michael Hudson is President of The Institute for the Study of Long-Term Economic Trends (ISLET), a Wall Street Financial Analyst, Distinguished Research Professor of Economics at the University of Missouri, Kansas City and author of …and forgive them their debts, J is for Junk Economics (2017), Killing the Host (2015), The Bubble and Beyond (2012), Super Imperialism: The Economic Strategy of American Empire (1968 & 2003), Trade, Development and Foreign Debt: A History of Theories of Polarization v. Convergence in the World Economy (1992 & 2009) and of The Myth of Aid (1971), amongst many others. He can be reached via his website Michael Hudson, mh@michael-hudson.com.

Chris Hedges: Unless We Bring About A Transformational Change By Overthrowing Corporate Power and Establish A Socialist System, All Efforts To Create A Green New Deal Will Be Stillborn

We Need To Overthrow The Present Political System by Eric Schechter