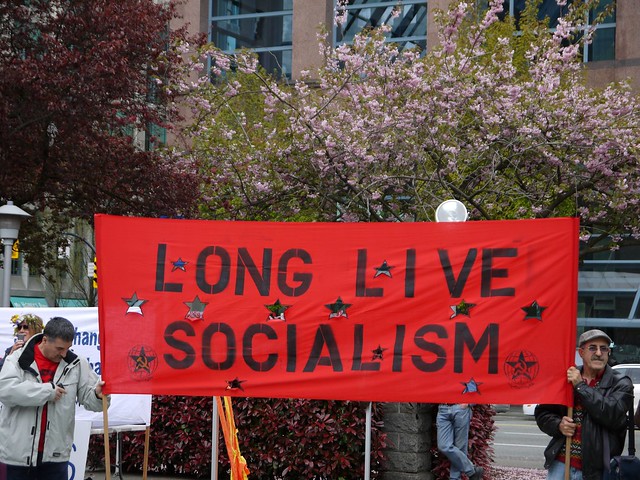 At the panel, speakers will argue that the decline of neo-liberalism and the growth of a new conservative wave are objectively conditioned. The prevailing model of late capitalism that has led to the domination of the market of simulacra, financialization and stagnation, called the ‘new normality’, cannot ensure the progress of the productive forces that are on the verge of not just another technological revolution, but a qualitative change – the genesis of the economy in which a decisive role will be played not by reproductive, but by creative work.

Not just re-industrialization – the coming creative revolution – necessitates at least a deep reform of the currently dominant social and economic system. The non-realization of these changes is fraught with conservative regress of both the economy and society. The main directions of reforming the system of economic relations that respond to the challenges of the progress of the productive forces will be discussed at the panel.

Michael Hudson is President of The Institute for the Study of Long-Term Economic Trends (ISLET), a Wall Street Financial Analyst, Distinguished Research Professor of Economics at the University of Missouri, Kansas City and author of …and forgive them their debts, J is for Junk Economics (2017), Killing the Host (2015), The Bubble and Beyond (2012), Super Imperialism: The Economic Strategy of American Empire (1968 & 2003), Trade, Development and Foreign Debt: A History of Theories of Polarization v. Convergence in the World Economy (1992 & 2009) and of The Myth of Aid (1971), amongst many others. He can be reached via his website Michael Hudson, mh@michael-hudson.com.

Socialism Back on Agenda, 30 Years After ‘End of History’

Alexandr Buzgalin discusses the crisis of neoliberalism and the resurgence of socialist thought and political movements, 30 years after the publication of Fukuyama’s ‘End of History’ thesis, which argued that there is no alternative to capitalism.

4 thoughts on “David Harvey, Michael Hudson, David Kotz and Alexander Buzgalin: The End of the “End of History” (Left Forum 2019)”