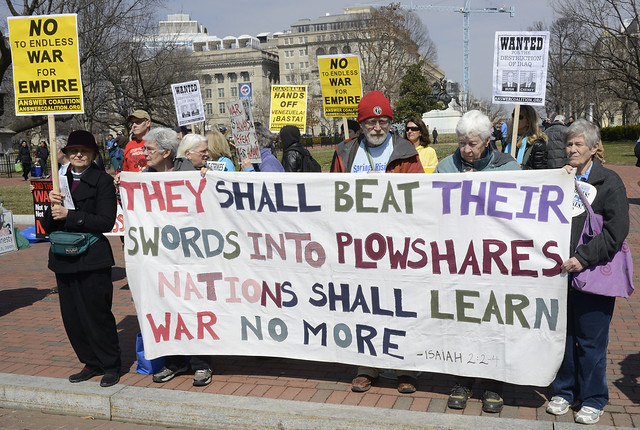 Dr. Michael Knox addresses Peacestock during an event on July 20, 2019.

For more information on the US Peace Memorial Foundation, please visit: www.uspeacememorial.org

“The US Peace Registry, a publication of the US Peace Memorial Foundation, honors Americans who stand for peace. It recognizes and documents the activities of U.S. citizens, permanent residents, and organizations that have publicly opposed military solutions (including invasion, occupation, production of weapons of mass destruction, use of weapons, and threats of war), rather than diplomacy and global cooperation, to solve international problems. It is hoped that honoring these courageous role models and leaders will inspire new generations of Americans to speak out for peace and to work to end the hatred, ignorance, greed, and intolerance that lead to war.”