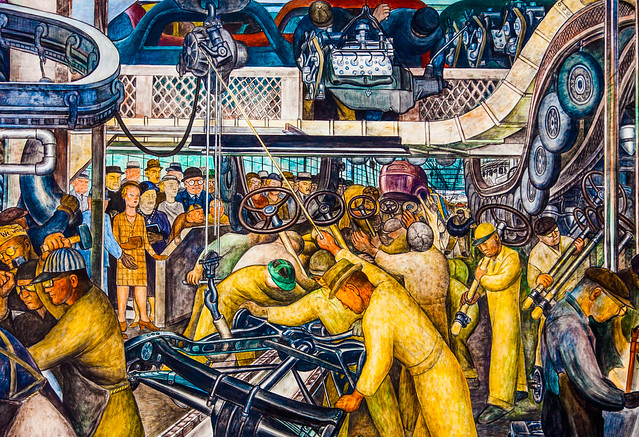 Journalist Chris Hedges talks to Joshua Freeman, Professor of History at City University of New York, about his book Behemoth: The History of the Factory and the Making of the Modern World.

While the United States has deindustrialized its economy with skeletal remains of its once manufacturing base, the factory continues to dominate the world economy, employing nearly 30 percent of the global workforce, in China this climbs to nearly 43%. These factories make appliances, cars, laptops and clothes and the vast array of consumer products that define the modern age. Some of these factories employ as many as 200,000 or more workers. But what is the future of manufacturing when faced with diminishing resources, its legacy of land and air pollution and environmental degradation?

Ken Loach and Paul Laverty: The Idea Capitalism Can Be Regulated is RIDICULOUS!

How Do We Rent Our Lives? by The Anti-Social Socialist

2 thoughts on “Chris Hedges: History of the Factory”