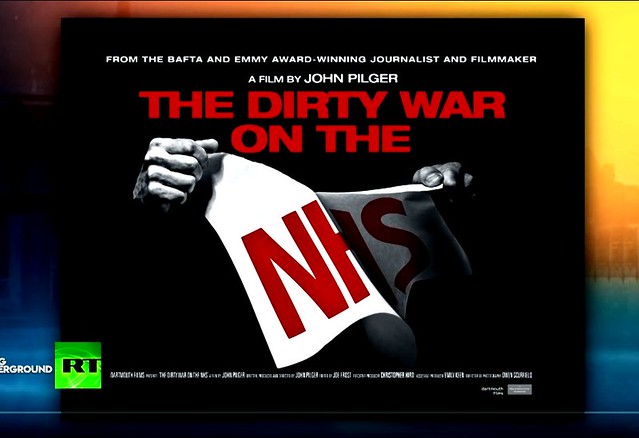 On this episode of Going Underground, we speak to legendary journalist and filmmaker John Pilger on his film ‘The Dirty War on the NHS’. He discusses the issue of the film not being allowed to air during the general election and questions the role of OFCOM as a regulator, the negative impact of management consultants, how the Health and Social Care Act of 2012 opened the door to NHS privatisation, how privatisation causes money to be wasted in the NHS despite more funding promises, the reality of the private healthcare system in the United States, R.A.M volunteering in the US, the 2019 UK general election, the reason why Brexit has been taken over by the extreme right since 2016, anti-Semitism allegations against Jeremy Corbyn’s Labour Party, allegations of BBC bias against the Labour Party in the election and more!