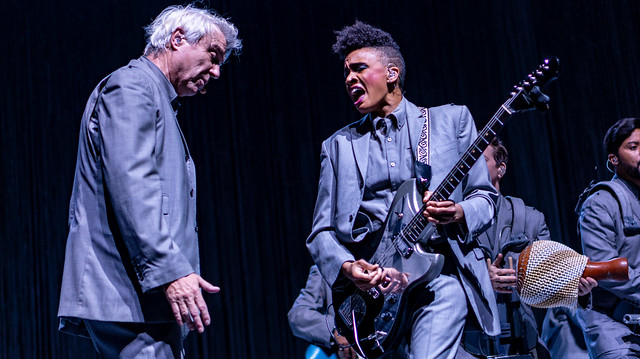 Sometimes you just have to dance!

David Byrne live during his “American Utopia” tour at the Metropolitan Theater in Mexico City, 03 April 2018. Recorded by Sergio Rojas

Stop Making Sense is a 1984 American concert film featuring a live performance by Talking Heads. Directed by Jonathan Demme, it was shot over the course of four nights at Hollywood’s Pantages Theater in December 1983, as the group was touring to promote their new album Speaking in Tongues. The film is the first made entirely using digital audio techniques. The band raised the budget of $1.2 million themselves.

Talking Heads – Once in a Lifetime (Official Video)

Talking Heads’ “Once in a Lifetime,” from the 1980 album Remain in Light

“Same as it ever was” Talking Heads: Once in a Lifetime (Lyrics included)

The Molotov: In The Red