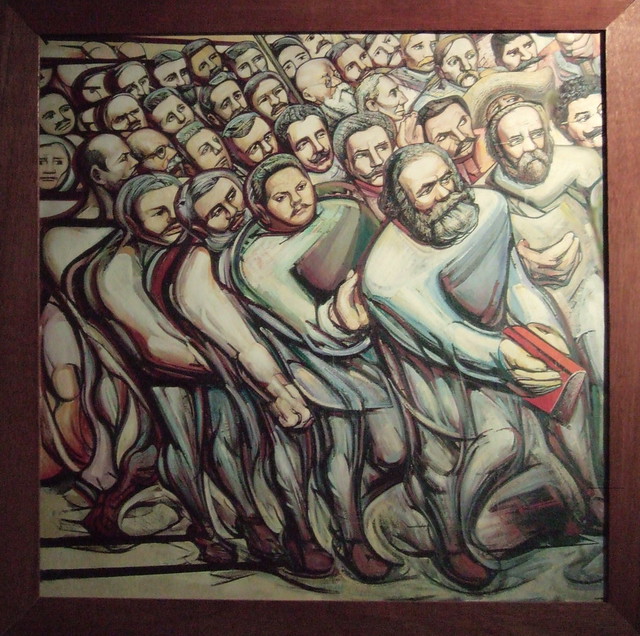 “When Lenin came back from exile to Russia that was in its revolutionary crisis, he urged the Bolsheviks to stop calling themselves Socialists and Social Democrats because he didn’t want them to be confused with the sellout parties of the Second International. The parties that had supported World War I and sold out the revolution. So the Bolsheviks started calling themselves Communists to distinguish themselves from the parties of the Second International.” — Caleb Maupin

Caleb Maupin is a radical journalist and political analyst who resides in New York City. Originally from Ohio, he studied political science at Baldwin-Wallace College. In addition to his journalism, analysis, and commentary, he has engaged in political activism. He was involved in the Occupy Wall Street movement from its planning stages in August of 2011. He has worked against police brutality, mass incarceration, and imperialist war. He works to promote revolutionary ideology, and to support all who fight against the global system of monopoly capitalist imperialism. He is an outspoken advocate of international friendship and cooperation, as well 21st Century Socialism. Find all of Caleb’s books on his website.

4 thoughts on “Caleb Maupin: Social Democracy: What It Is and How Communists Relate To It”