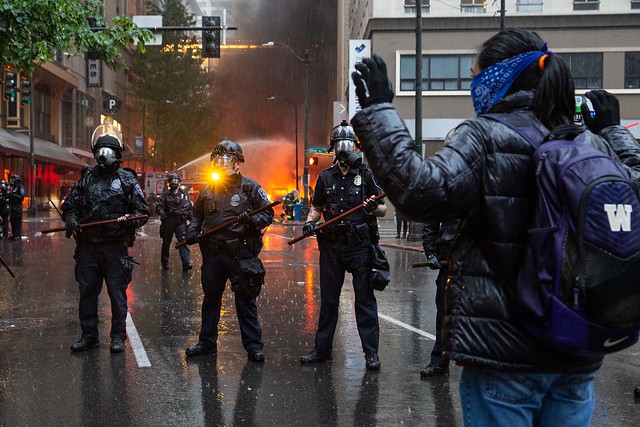 “The longer the ruling elites refuse to address the root causes behind these protests, the more they loot the treasury to enrich themselves and their fellow oligarchs, the more they engage in futile and absurd efforts to deflect blame, the more unrest will spread. The last desperate resort by the oligarchs to save themselves will be to stoke the fires of racialized violence between disenfranchised whites and disenfranchised people of color.” — Chris Hedges

The Treason of the Ruling Class by Chris Hedges

A Long Time For Killing by Michael Parenti

19 thoughts on “Chris Hedges: The Capitalist Class Wants To Keep The Working Class In A State Of Constant Distress”