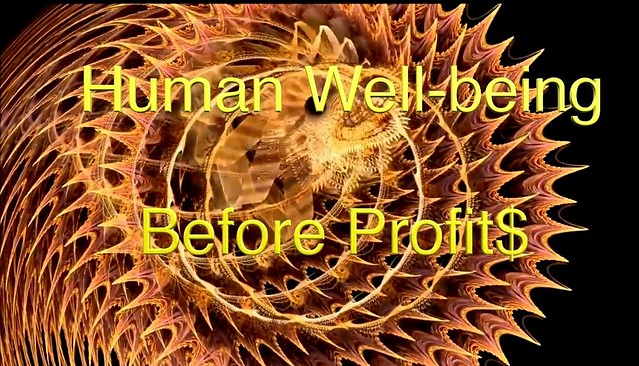 This film is very much not a utopian vision of the future. In fact, the very different strategies of utopian and materialist thinking for imagining the future are discussed in the first part of the film. Instead of a utopia, the film presents a wide variety of issues, suffering and problems experienced by people, whose common source is the capitalist system itself. It then presents a vision of how things could be very different in each case, without the systemic priorities of the world capitalist system. This gives us a very different viewpoint upon ecology, technology and human flourishing.

Garry Potter is a film maker and Professor of Sociology at Wilfrid Laurier University. He has made a number of educational films, which are available for purchase at socialtheoryfilms.com. As well as these he has made three free feature length documentary films Whispers of Revolution, Dystopia: What is to be done? and (with Stephen Svenson) Contract Faculty: Injustice in the University. He is also author of the book Dystopia, as well as The Bet: Truth in Science, Literature and Everyday Knowledges and The Philosophy of Social Science: New Perspectives. He can be reached at gpotter@wlu.ca.

The Big Lie of the Fascists: That Climate Holocaust is Inevitable by Rainer Shea + Can Eco-Socialism Save The World?

9 thoughts on “Luxury Eco-Communism: A Wonderful World is Possible”