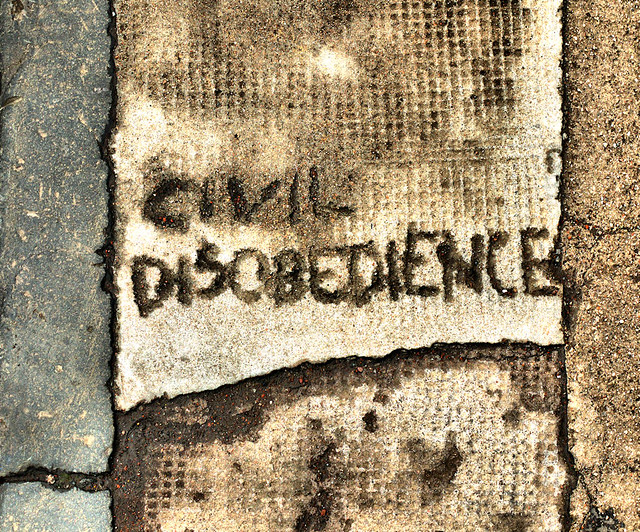 Gossip is the opium of the American public. We lie back, close our eyes and happily inhale the stories about Roosevelt’s and Kennedy’s affairs, Lyndon Johnson’s nude swims with unnamed partners and, now, Nixon’s pathetic “final days” in office.

The latest fix is administered by reporters Woodward and Bernstein and the stuff is Nixon’s sex life with Pat, Nixon drunk and weeping, Nixon cradled in the arms of Kissinger (who did it, we presume, for national security).

So we get high on trivia, and forget that, whether Presidents have been impotent or oversexed, drunk or sober, they have followed the same basic policies. Whether crooks or Boy Scouts, handsome or homely, agile or clumsy, they have taxed the poor, subsidized the rich, wasted the wealth of the nation on guns and bombs, ignored the decay of the cities, and done so little for the children of the ghettos and rural wastelands that these youth had to join the armed forces to survive-until they were sent overseas to die.

Harry Truman was blunt and Lyndon Johnson wily, but both sent armies to Asia to defend dictators and massacre the people we claimed to be helping. Eisenhower was dull and Kennedy witty, but both built up huge nuclear armaments at the expense of schools and health care. Nixon was corrupt and Ford straightforward, but both coldly cut benefits for the poor and gave favors to rich corporations.

The cult of personality in America is a powerful drug. It takes the energy of ordinary citizens which, combined, can be a powerful force, and depletes it in the spectator sport of voting. Our most cherished moment of democratic citizenship comes when we leave the house once in four years to choose between two mediocre white Anglo-Saxon males who have been trundled out by political caucuses, million dollar primaries and managed conventions for the rigged multiple choice test we call an election. Presidents come and go. But the FBI is always there, on the job, sometimes catching criminals, sometimes committing crimes itself, always checking on radicals as secret police do all over the world. Its latest confession: ninety-two burglaries, 1960-66.

Presidents come and go, but the 200 top corporations keep increasing their control: 45 percent of all manufacturing in 1960, 60 per cent by 1970.

No President in this century has stopped the trend. Not even FDR.

Yes, Roosevelt took steps to help poor people in the ’30s. Minimum wages. Social security, WPA jobs. Relief. But that didn’t change the basic nature of the capitalist system, whose highest priority has always been profits for the corporations and to hell with the rest.

Roosevelt was humane and wise, but, also, he had to react to signs of anger and rebellion in the country. He had seen the Bonus March of veterans to Washington under Hoover. In his first year, mass strikes- 400,000 textile workers out in the South and New England. Longshoremen tied up the whole city of San Francisco. Teamsters took over Minneapolis. The unemployed were organizing, the bootleg miners taking over coalfields, tenants gathering in the cities to stop evictions.

Roosevelt was a sensitive man. But something big was happening in the country to sharpen his sensitivity.

1976: the multiple choice test is here again. Sure, there are better candidates and worse. But we will go a long way from spectator democracy to real democracy when we understand that the future of this country doesn’t depend, mainly, on who is our next President. It depends on whether the American citizen, fed up with high taxes, high prices, unemployment, waste, war and corruption, will organize all over the country a clamor for change even greater than the labor uprisings of the ’30s or the black rebellion of the ’60s and shake this country out of old paths into new ones.

What Else You Can Do

“I’ve been waiting two years to do something!” This remark, common on Tuesday, must sound joyous to many ears. But if you study history and notice that change comes primarily from organizing, educating, protesting, marching, disrupting, disobeying, and creating things anew, and if you’ve spent the past many years trying to get more people to do those things, then all the “All I can do is vote, oh helpless me” comments may have you pulling your hair out.

There are circumstances in which you can do very little. We are moving in that direction. But we are not there. We are still able to speak, write, assemble, and agitate — and vote. I have to think that more of us would do more if we recognized the gravity of the situation. The planet’s climate can no longer be saved, but the agony can be slowed and eased. Nuclear apocalypse is closer than ever before, but can be averted. Fascism can be undone, but not without actions that extend far beyond voting.

I’m not against elections. I think we should have one someday, with no private money, with no corporate media, with no gerrymandering, with fair ballot and debate and media access and public financing, with substantive platforms, with hand-counted paper ballots, with election day holiday and free food and drink, with instant runoff, with automatic registration — elections meeting world standards. In fact, if I had my druthers, we’d abolish the Senate, enlarge the House, govern largely by public initiative, turn the president into an executive, lower the voting age, abolish the electoral college, and so forth. But even with the broken system we’ve got, I’m not against voting. I’m against imagining that voting is all you have to do, and that because somebody sticks an “I voted!” flag sticker on you, your country loves you and everything is going to be OK.

Your country is sending its military to the border to protect you from poor children hundreds of miles away who were made homeless with help from your country, because your country loves you. Well, not your country exactly, but the patriots in charge of it. They love you, although they would kill you in a heart beat.

Remember when your government proposed to kill you in Operation Northwoods? It was similar to the actual effort to kill you in Operation Tailwind, which had something in common with Operation Dick, as well as Operation Constitutional Scholar, not to mention the delaying of the end of WWII in order to use nukes, including on Hiroshima where captured U.S. pilots were killed alongside hundreds of thousands of mere non-Americans. Your country spends the majority of the money it makes decisions on each year on an enterprise that it knows endangers you. Its name is militarism. Its participants are killed first and foremost by suicide. They are your government killing itself.

Your country is first in the world in a number of things, including environmental destruction of various sorts, in which the U.S. military takes the lead; locking people up in prisons; and the most disastrous policies in the wealthy world on guns, healthcare, poverty, etc. If your country isn’t killing you quickly, it is doing so slowly; in other countries people live longer. Please don’t imagine that you have to defend this atrocity because you created it. You didn’t. You let it happen. But it is run by an oligarchy that we just go on year after year pretending is a democracy or a republic.

Congress has long since marginalized itself. Nobody even thinks to expect Congress to halt an attack on starving children from Honduras, not because nobody cares, but because it’s Congress, which its biggest fans and its own members admit has basically shut down.

So, I don’t object to one day spent on an unaccountable voting system, choosing this or that generic platform-free candidate. I don’t mind people getting their chance to vote against a president without the bother of having a second presidential candidate on the ballot whom they’d like to vote against as well. But don’t imagine it’s a substitute for impeachment. Don’t imagine it’s a fill in for nonviolent revolution. Don’t imagine that in this bus careening toward a cliff, it’s more than a change of windshield wipers.

When it’s done, we should all be curious — better late than never — to find out what the people elected intend to do and what we can compel them to do instead. Here are some questions I think we should pose to them:

I’m sure you can think of dozens more concrete questions on various topics never asked or at least never answered during the election campaigns. They might include the election reform measures mentioned above. Remember that the way you use elections is not by electing people but by achieving the credible ability to unelect people.

Now, let’s get to work. There are thousands of great local, national, and global organizations that you should consider at least as important as any electoral candidate. Here are two I work for and recommend. Here is a tiny fraction of the powerful tools waiting to be picked up and put to use. Like all tools, they can be ignored or put to harmful use. Putting them to good use, together, strategically, is our only path out of catastrophe. I quote:

THE METHODS OF NONVIOLENT PROTEST AND PERSUASION
Formal Statements
1. Public Speeches
2. Letters of opposition or support
3. Declarations by organizations and institutions
4. Signed public statements
5. Declarations of indictment and intention
6. Group or mass petitions

Drama and Music
35. Humorous skits and pranks
36. Performances of plays and music
37. Singing

THE METHODS OF SOCIAL NONCOOPERATION

Action by Holders of Financial Resources
86. Withdrawal of bank deposits
87. Refusal to pay fees, dues, and assessments
88. Refusal to pay debts or interest
89. Severance of funds and credit
90. Revenue refusal
91. Refusal of a government’s money

THE METHODS OF ECONOMIC NONCOOPERATION:THE STRIKE

Combination of Strikes and Economic Closures

THE METHODS OF POLITICAL NONCOOPERATION

THE METHODS OF NONVIOLENT INTERVENTION

19 thoughts on “Beyond Voting by Howard Zinn + What Else You Can Do: 198 Methods of Nonviolent Action by David Swanson”