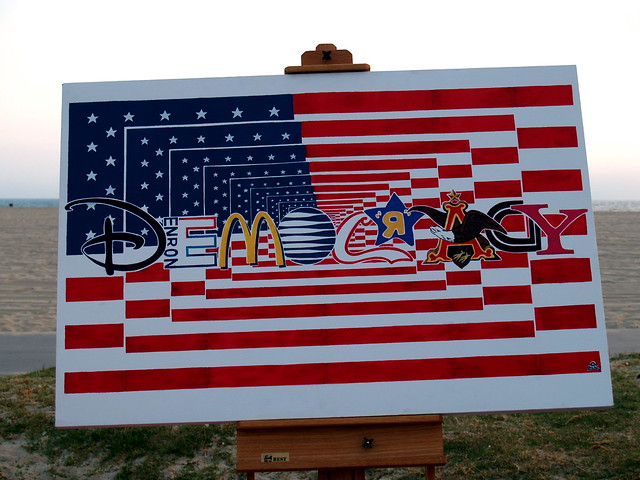 Biden won. Trump lost. I am pleased the orange proto-fascist lost. But before the champagne bottles start popping there are a few things we should remember.

Biden won. Trump lost. But it should have been a landslide. It wasn’t. In fact, the Democrats lost a lot of ground in other key races. A few QAnon folks are now going to Washington. And the Supreme Court has now decisively shifted even more toward the right. This has all kinds of implications, but the most obvious is that the American Empire is both deeply divided and shifting ever rightward. Fascism has always lain under the surface of American society, but the veil was completely ripped off over these past four years.

Biden won. Trump lost. But Trump will not go gracefully. He is already calling it fraud and challenging the results. And his sons and other unhinged sycophants are calling for a war. Literally, a war. Don’t forget the plot to kidnap a US governor. Don’t forget Amy Coney Barrett. Don’t forget Bush v. Gore. Don’t forget that Trump had the backing of many police departments, ICE, and countless white supremacist groups. Don’t forget that there was a surge in weapons sales in the run up to the election. Don’t forget that there a lot of people who feel very threatened right now. Threatened that their status in a society is at risk. Threatened that “communism” or “cultural Marxism,” as ridiculous as it sounds, will sweep through the country. In fact, the threat of violence and unrest has never been higher than it is now. I urge my American comrades to be vigilant and careful.

Biden won. Trump lost. But remember that Biden is not MLK. He isn’t Malcolm X. He isn’t Gandhi. He isn’t Mandela. He isn’t even a good person. He was just the only alternative offered up by the ruling class to oppose a proto-fascist who emerged from that same ruling class. The US remains a dictatorship of money. But it was Black, Brown and Native people who made this victory possible because they have the most at stake. If Biden and the Democrats toss them aside, which they will likely do, or if he maintains the status quo and continues neoliberal policies, which appears inevitable, another Trump will emerge. And the next one will be far more formidable, dangerous and terrifying.

Biden won. Trump lost. But the dissolution of the American Empire will happen regardless of this election because it is failing in all the ways empire’s fail. It may take decades (Rome did not fall in a day), but on its current trajectory, it is inevitable. And truthfully, that is the best prospect for humanity and a living biosphere.

15 thoughts on “Before the Champagne is Popped… by Kenn Orphan”