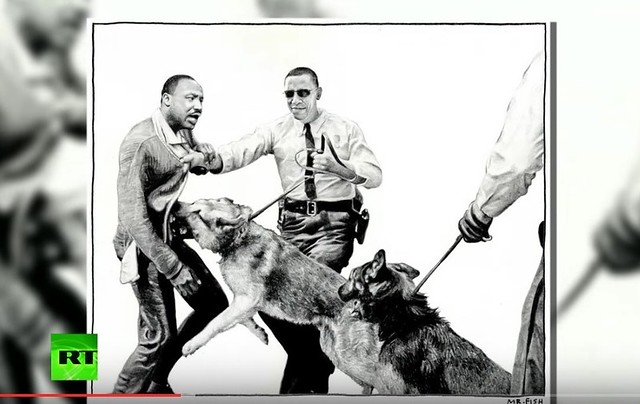 On the show this week, Chris Hedges talks to Dwayne Booth, aka Mr. Fish, artist and cartoonist, about the cultural requirement for revolution.

See also: ‘Nobody Left’: We Are Not Alone, By Mr. Fish

Chris Hedges and Mr. Fish: Art As A Language and A Form of Truth-Telling

One thought on “Chris Hedges and Mr. Fish: The Cultural Requirement For Revolution”