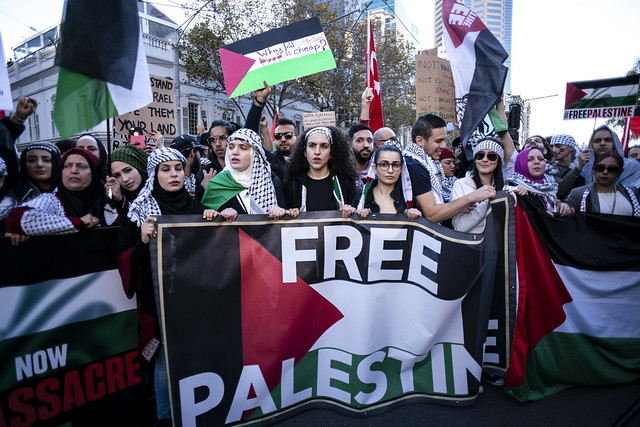 Mitchell Plitnick’s new book, with co-author Marc Lamont Hill, is: Except for Palestine: The Limits of Progressive Politics.

“Israel is in breach of more than 30 U.N. Security Council resolutions. It is in breach of Article 33 of the Fourth Geneva Convention that defines collective punishment of a civilian population as a war crime. It is in violation of Article 49 of the Fourth Geneva Convention for settling over half a million Jewish Israelis on occupied Palestinian land and for the ethnic cleansing of at least 750,000 Palestinians when the Israeli state was founded and another 300,000 after Gaza, East Jerusalem and the West Bank were occupied following the 1967 war,” wrote Hedges in his recent commentary, “Israel, the Big Lie” for Scheerpost. “Its annexation of East Jerusalem and the Syrian Golan Heights violates international law, as does its building of a security barrier in the West Bank that annexes Palestinian land into Israel. It is in violation of U.N. General Assembly Resolution 194 that states that Palestinian “refugees wishing to return to their homes and live at peace with their neighbors should be permitted to do so at the earliest practicable date.”

Dismantling the Settler Colonial State of Israel, by Yanis Iqbal

Occupied Palestine: In The Shadow Of The Pandemic, by Yanis Iqbal

Chris Hedges: The Censorship and Blocking of “The Lobby – USA” Documentary, Part 2

Chris Hedges: The Censorship and Blocking of “The Lobby – USA” Documentary, Part 1

14 thoughts on “Chris Hedges: Why American Liberals Refuse To Speak Out About The Crimes The Israeli Apartheid State Carries Out”