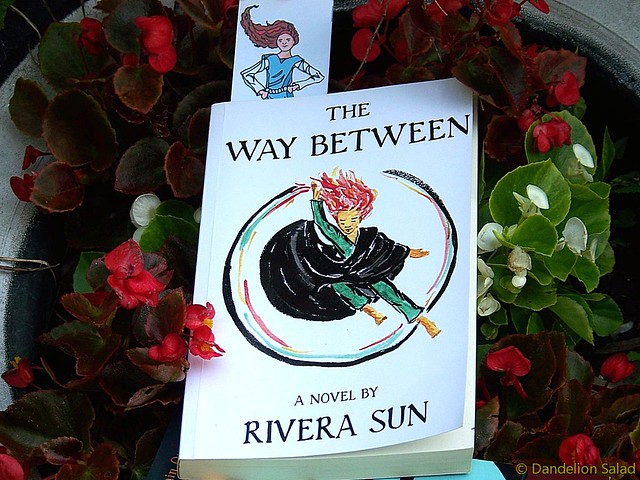 For decades I — and, no doubt, everybody else who points out the power and effectiveness of nonviolent action — have had the endlessly recurring experience of being asked “But shouldn’t people defend themselves with wars rather than do nothing?”

How did wars get to be the only alternative to nothing? If I were to run around shouting “Will you deny people the right to stick slugs up their noses rather than do NOTHING?” approximately 100% of people would think that was a crazier thing to say than that the only responses to violence are (1) mass murder, and (2) nothing. Here‘s a supposed peace activist last week hoping that if Canada manages to get itself attacked the U.S. will jump into the war.

It’s as if there is an impenetrable forcefield around the human head keeping out knowledge of nonviolent action as being action, or indeed as being anything at all — certainly as being more effective than violence. Repetition doesn’t seem to work. Explanations bounce right off.

People can read books and watch movies and hear first-hand accounts of how boycotts and sit-ins and marches and disruptions and strikes and banner-drops and alternative media and rallies and mediation and all variety of creative, courageous actions have changed the world and turned back coups and invasions, and they can accept and acknowledge with neither a glimmer of surprise nor the least diminishment in their ability to go right on declaring war the one and only something that can ever be done.

But what if this forcefield isn’t there at birth? What if it never develops at all in societies that don’t teach violence? What if each little particle of it is created by every murderous cartoon or war-worshiping movie or subway weapons advertisement or lying history book or news report brought to you by missile makers? What if every exciting kids’ book or young-person’s adventure story that treats war and violence as the only way to have any real fun, every video game developed by the Pentagon, every sports league’s paid pre-game war worship adds just a little speck to the forcefield until it’s practically impenetrable? 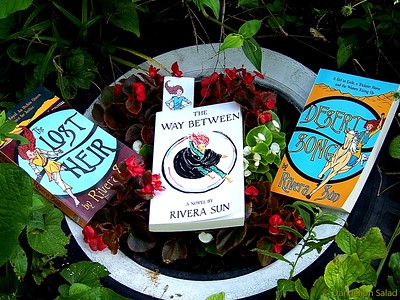 What if a better approach to raising children than feeding them the muck that makes up war culture but instructing them to not play with guns, were to introduce them to a little peace culture? Kids who have read Rivera Sun’s books have been spotted playing at peace-making. Having just read the first two books in a series of hers, I can see why.

In The Way Between, a girl trains in a non-martial art called the Way Between, an art that is physical and mental, about dodging punches, but also resolving disputes, as well as applying nonviolent pressure to systems of injustice. We’re gripped by this girl’s adventure from the opening lines:

“The Horns of Monk’s Hand bellowed low and sonorous. Ari Ara skidded to a halt. As the deep tones rolled around the echoing bowl of the valley, the girl’s blue-grey eyes traced the sound back to the stone-carved monastery far below. . . .”

The Way Between and its sequels are set in a fantasy world of great magic and limited technology, yet what happens there makes sense on its own terms and as a guide to what might happen here. In fact, the story follows real-world examples of nonviolent action campaigns much more faithfully than most violent tales follow anything that ever has happened or could happen on earth.

Ari Ara has grown up illiterate in the mountains. Her humor and rebelliousness can be glimpsed in the following instance of her getting out of writing an assignment in class. Asked to read her essay, she replies:

He demanded an explanation.

“It was a matter of life and death,” she answered.

“Yes,” Ari Ara replied, lifting her pointed chin. “I thought I’d die of boredom if I did it.” 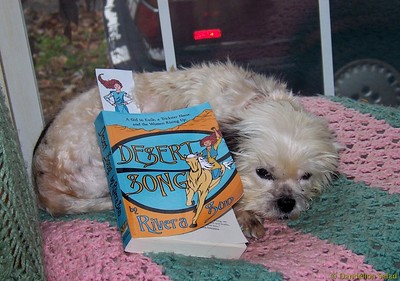 The story has many twists and turns and I’d rather not give any of them away. The richness of the lessons in peace-making increases in the second installment, The Lost Heir. There are enemies in this story, but the problem is understood as not arising from the evil of one side, rather from the enmity itself. The problem is the institution of war, not one of its participants. If Ari Ara develops personal enemies, it is not because they come from evil families or nations, and the need is not to humiliate or kill them but to transform them into something other than enemies.

The training that Ari Ara undergoes in the second book is also richer, and I find myself wishing such classes existed in the real world. And why shouldn’t they? If people can play Quidditch, surely they can also train in Attar!

To join Rivera Sun in a book club discussing The Way Between, go here.

Limited Time Offer – Complete Your Collection! Get the rest of the Ari Ara Series at a discount.

Rivera Sun: Is It Unfair To Young Women Not To Force Them To Kill and Die For Weapons Profits? interviewed by David Swanson

The Murmuration + The Winds of Change are Blowing! by Rivera Sun

8 thoughts on “Rivera Sun’s The Way Between, by David Swanson”