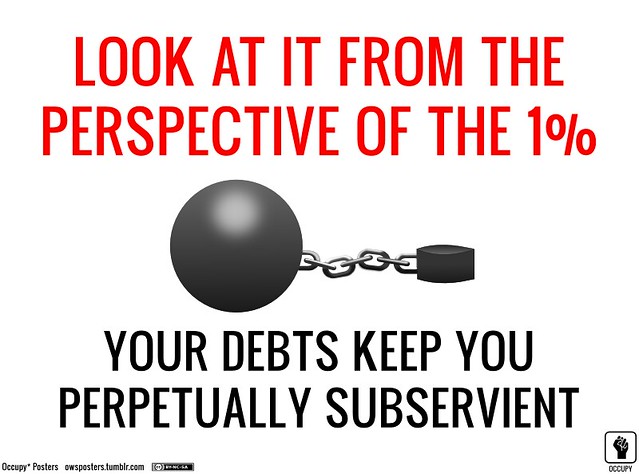 On the show this week, Chris Hedges discuss economic disobedience and debt refusal with Thomas Gokey from The Debt Collective.

Most people in the United States are burdened by staggering amounts of debt. They accrue mounting debt because they are forced to debt-finance healthcare, education, housing and even the cost of their own incarceration. When they fall behind on payments banks, credit card companies and collection agencies impose steep penalties, exorbitant interest rates and loan denials, along with decimating credit scores, forcing the destitute into the arms of payday lenders who charge as much as 800 percent on short term loans. Student debt is over $1.7 trillion. Personal debt is over $14 trillion.

At least 87 million US residents lack adequate healthcare coverage, meaning a medical emergency plunges them further into debt, especially since 40 percent cannot afford an unexpected $400 expense. 62% of personal bankruptcies in the U.S. are linked to illness and healthcare costs. Over 40 million U.S. citizens live in poverty, including more than 40 percent of all children. Half of all workers live paycheck to paycheck. 12 percent experience food insecurity and hunger. Nearly one in five renters were unable to pay their landlords regular monthly installments in 2017, and with the pandemic an estimated 10 to 14 million households are so far behind on their rent payments they face the danger of being evicted.

The debt peonage is not accidental. It is by design, an effective form of social control by a ruling elite that sees $8 out of every $10 we produce go into the pockets of the richest 1%, the result of wages that have been ruthlessly suppressed since the mid-1970s, the destruction of labor unions, de-industrialization and offshoring of jobs, a gig economy where workers do not have benefits or job protection and austerity programs that have decimated the social safety net. This is the bad news. The good news is that there is organized effort to fight back.

The new book Can’t Pay, Won’t Pay – The Case for Economic Disobedience and Debt Abolition is written by Debt Collective.

Chris Hedges and Michael Hudson: Putting the Interests of the 1% over the 99%, the Economies are Committing Financial Suicide

8 thoughts on “Chris Hedges: Debt Peonage Is Not Accidental”