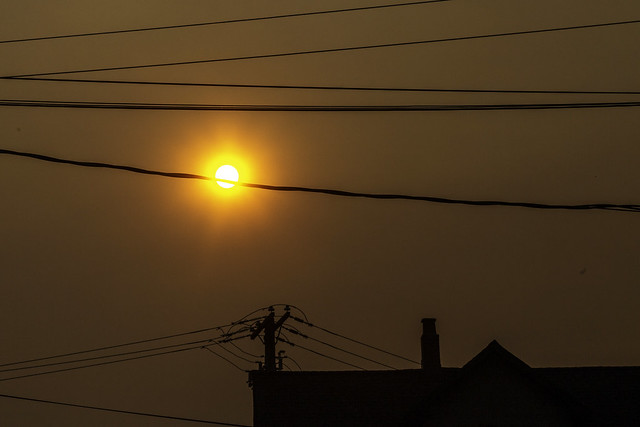 Titanic fires lay waste to vast forests in Siberia, California, Algeria and beyond. Violent muddy rapids sweep through quaint German villages, and the city of Sochi in Russia, and inundate modern subway systems in China and NYC. Marine life bakes in their shells, not in any cooker, but in the very ocean habitat where they were spawned. Stunned crowds clamor onto ferries surrounded by flames that stretch upward to the sky on picturesque Greek islands… It is that last image that somehow strikes at the heart, and somehow in a way that is different.

Over this summer we have seen billionaires spend millions to scratch the thin ceiling of air that embraces the earth. They made references to climate change and the need to address our collective predicament. But it is almost as if these billionaires were just trying to find ways to ferry themselves off of a burning planet just like those panicked people on that Greek island.

And then there is the recent video of terrified Afghans chasing a massive military plane down a runway in Kabul, several poor souls falling to their deaths after latching themselves onto the winged monstrosities they had hoped would save them from an advancing theocratic terror. That strikes at the heart as well, and in a similar manner to the videos and images of those evacuees on that Greek ferry. Perhaps it is because many of us can imagine the sense of desperation they must have felt. The need to jump onto something to escape what is coming, even if it means risking injury or death.

The visceral fear many of us are feeling has a lot to do with a pervading sense of paralyzation in the face of unfolding catastrophe. The realization that we are all trapped in a predicament, not of our own making and beyond our individual control. The earth that the most powerful of our species has continually abused is beginning to punish us all for that abuse. The world’s wealthiest and most powerful empire is beginning to collapse under the weight of its hubris and folly, starting with its far flung colonies.

We are living in the age of the convergence of very bad things. Climate change, ecological collapse, the failure of political ideologies, religious fanaticism, a loss of confidence in societal and cultural institutions, rising nationalism and xenophobia, resurgent fascism, growing inequality and all of the ravages inflicted by late capitalism. But there is no boat or spaceship that will ferry us to safety. Perhaps it is that realization that has flooded many of us with a kind of resigned despair these days. We know that there will be no ferries coming to save us. The task, it seems, is up to us and us alone. And it begins by staying where we are and learning how to live in and navigate our way through a terrifying new world.

12 thoughts on “There Will Be No Ferries Coming To Save Us, by Kenn Orphan”