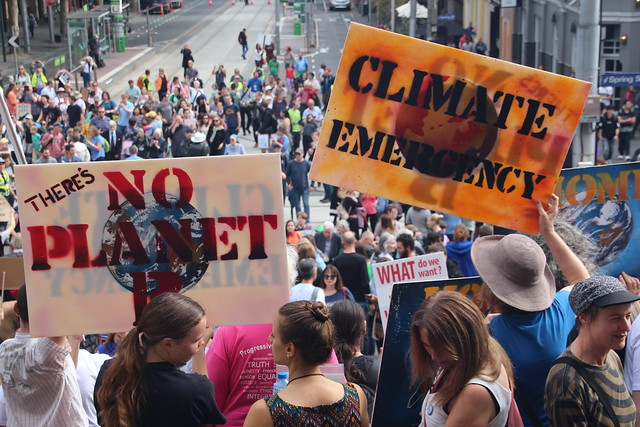 On the show today, Chris Hedges discusses the lies and fantasies told by the mainstream environmental movement about how to solve the climate crisis with authors and activists Derrick Jensen and Lierre Keith.

The fact is our time is up. The forests are dying. Water is polluted, and in many places poisoned. Industrial farming is depleting the soil. The coral reefs are crumbling under the acid assault of carbon. Species are going extinct. Temperatures are soaring. Each of the last four decades have been hotter than the last. Soaring temperature rises — we are already at a 1.2°C (2.16° F) above pre-industrial levels — are already baked into the system, meaning that even if we stopped all carbon emission today, we still face catastrophe. Anything above a temperature rise of 1.5° C will render the earth unhabitable.

The Arctic ice along with the Greenland ice sheet are now expected to melt regardless of how much we reduce carbon emissions. A seven-meter (23-foot) rise in sea level, which is what will take place once the ice is gone, means every town and city on a coast at sea level will have to be evacuated. We must radically reconfigure how we live, and this means largely dismantling industrial society, or the human species, and most other species, will vanish, joining the long list of species that once roamed the earth and are no more.

Derrick Jensen, Lierre Keith and Max Wilbert’s new book is Bright Green Lies: How the Environmental Movement Lost its Way and What we Can do About It.

The Ravages of Lithium Extraction in Chile, by Yanis Iqbal

Chris Hedges and Jeff Gibbs: Criticism and Censorship of Michael Moore’s Film “Planet of the Humans”

Planet of the Humans