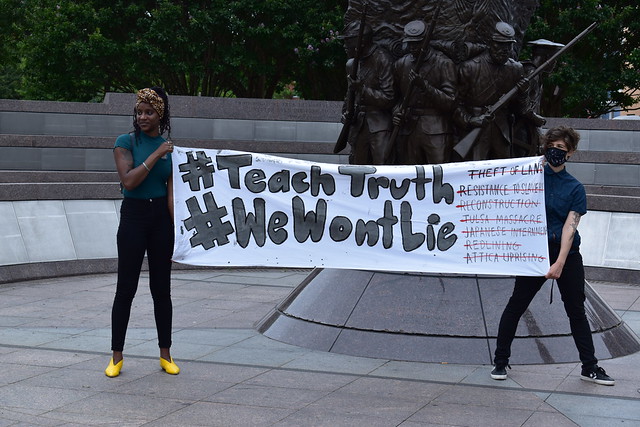 On the show Chris Hedges discusses the age of manufactured ignorance with the scholar Professor Henry A. Giroux.

“Education,” the scholar Henry Giroux writes, “has increasingly become a tool of domination as right-wing pedagogical apparatuses controlled by the entrepreneurs of hate, attack workers, the poor, people of color, refugees, immigrants from the south and others considered disposable. A Republican Party dominated by the far right believes education should function as a tool of propaganda and pedagogy of oppression, rightly named “patriotic education.” Dissent is defiled as corrupting American values and any classroom that addresses racial injustice is viewed as antithetical to “a Christian and white supremacist world where Black people ‘know their place’.” Banning instruction on “critical race theory” has become the new McCarthyism. Noam Chomsky argues that any reference to the history of slavery, systemic racism or racial injustice now replaces “Communism and Islamic terror as the plague of the modern age.” Chomsky,” Giroux argues, “may not have gone far enough, since GOP extremists argue that the threat of communism has simply been expanded to include Critical Race Theory, Black Lives Movement and other emerging protest groups, all connected and viewed as updated forms of Marxism and part of an international communist-global conspiracy. The Red Scare,” Giroux warns, “is alive and well in America.”

Fighting back against the age of manufactured ignorance: Resistance is still possible, by Henry Giroux

Chris Hedges: How Teaching History Is Too Often A Form Of Social Control, Part I

8 thoughts on “Chris Hedges and Henry Giroux: The Age of Manufactured Ignorance”