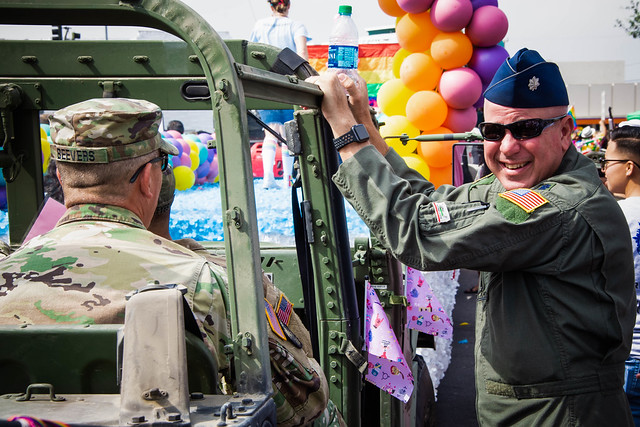 “Puritanism has made life itself impossible. More than art, more than estheticism, life represents beauty in a thousand variations; it is indeed, a gigantic panorama of eternal change. Puritanism, on the other hand, rests on a fixed and immovable conception of life; it is based on the Calvinistic idea that life is a curse, imposed upon man by the wrath of God. In order to redeem himself man must do constant penance, must repudiate every natural and healthy impulse, and turn his back on joy and beauty.” — Emma Goldman

“The only way to deal with an unfree world is to become so absolutely free that your very existence is an act of rebellion.” — Albert Camus.

Since my last piece regarding the myth of “woke fascism” I have received numerous messages and emails which seem to misunderstand much of what I wrote. So, I wanted to clarify. While there is no such thing as “left fascism,” I do not deny that there are authoritarian currents in what passes as the left today. These do not amount to fascism, but I think they do pose a threat to the democratic process and often aid the far right, as I will talk about below.

In today’s social media culture, radicalism is often reduced to performative social justice or virtue signalling. The way this works is through an impulse among many self-identified progressives (and some leftists) to amplify socially accepted ethics while policing the thought and speech of everyone else. I have seen this manifest in many forms, from “canceling” a person because they may express a divergent opinion regarding gender expression, or in “mob justice” mentality where a group of people gang up on one person online and troll them incessantly for expressing something that is considered unacceptable to today’s progressive sensibilities.

Certainly, the pandemic has exacerbated much of this as well. For instance, anyone who criticizes Big Pharma or discusses the well documented crimes of the medical establishment in the past may be cast unfairly as an “anti-vaxxer,” an ableist, or worse. I may have been guilty of some of this myself. It stems from a desire to find some order and meaning in a world where neither seldom exist and in an era of mistrust and misinformation. But there is an impulse to punish anyone who dissents from this “order” because they are perceived as a threat. And it usually isn’t very helpful at confronting unhinged conspiracy theories or dispelling false information.

I have witnessed some of this myself especially when it comes to topics like sex, gender and sexuality. Many progressive-minded people, primarily Americans from my experience, appear to be on a Victorian/puritanical crusade to purge culture and the world of anything that may be considered “abusive,” might “trigger” someone, or that may make them feel uncomfortable. An urge to shut down discourse or debate. Unfortunately, the #MeToo movement has contributed to this in a rather pernicious way. And no matter what radical veneer it might display, it is liberal authoritarianism at work.

To reiterate, while “woke fascism” is nonsense, progressive or liberal authoritarianism is not. And liberalism often plays handmaiden to real fascism. Back in the 1980s, self-described “radical feminists” like Andrea Dworkin launched a crusade against pornography. In the process, she and others linked arms with conservatives and the far right. Like an echo from the Temperance movement of the early 20th century, these women were merely repeating a similar narrative of reactionaries. Their narrow focus on abuse ended up stamping out much of the incredible progress made by sexual liberation movements in the 1970s.

To many of them, almost any expression of sex, sexuality and the human body were to be defined as oppressive, immoral, degenerate and traumatic. And all of this supposed “debauchery” required severe and draconian government action to surveil, censor and punish the so-called “offenders.” This episode was like a repeat of the notorious “Red Scare” of the McCarthy years where thousands of people where labeled “perverts” or “sexual deviants” and blacklisted from jobs. Countless lives were ruined. Families destroyed. Many committed suicide due to the trauma. And it demonstrated that puritanical crusades never really died in American society. One look at the vicious battle being waged against reproductive freedom and we can see it in action today.

In addition to echoing the Temperance movement, Dworkin and others like her ironically echoed Christian fundamentalists and Calvinists. Without a doubt, most pornography produced today is a product of capitalism. It is exploitative because capitalism is exploitative. But viewing it outside of this lens renders the issue hollow. It becomes just another liberal crusade that ends up aiding conservatives, evangelical Christians and the far right.

With religious zeal, Dworkin rained down fire and brimstone on any who dared deviate from her thin line of what was acceptable and what was obscene. Unsurprisingly, she gained enormous support from the Reagan administration and notoriously anti-gay bigots like James Dobson. Today, celebrated, self described radical feminists like Gail Dines and Julie Bindel appear to be repeating this, although now it is risibly being reframed as a “public health crisis.”

Ironically, it is often the elite in the LGBTQ community who appear to be taking up this crusade today. Since marriage equality passed in the US, bourgeois respectability politics have sadly gained ground too. Now, more than in the past, prominent, powerful and wealthy LGBTQ couples seek to mimic their heterosexual counterparts. Heteronormativity, along with shaming and virtue signaling, has become all the rage in some circles.

In truth, sexual “deviance” from the norm has always been looked at through the lens of Protestant Christian purity in the US. It is seen as something to suppress, police or expunge. And with so many prominent queer people clamouring to join the mundane cultural mainstream, the avantgarde and the different are increasingly being vanished or marginalized. But there is also an increasing conservatism within bourgeois LGBTQ circles which serves to perpetuate the oppressive systems of capitalist exploitation, class and nationalistic militarism. Just look to how many Pride Parades today are inundated with sponsors or contingents from corporations, banks, police and the military sector for an idea of how far it has gone.

Despite what many might argue, there is nothing radical about appealing to authority within a deeply authoritarian society. And while we recognize the silliness of “woke fascism,” we should not ignore the abuses of progressive or liberal authoritarianism masquerading as radicalism. Opposing societal ills like misogyny, homophobia and racism should never court censorship or echo reactionary structures of oppression.

The true radical experience should always be liberating for everyone, but especially the poor, the marginalized, and the powerless. It should ultimately condemn punitive ideologies of retributive justice, because wallowing in a state of perpetual victimhood or narcissistic woundedness only ends up serving the powerful by reinforcing their hierarchical worldview. Radical liberation revels in its creative imagination to transform society from a place of trauma to one of solidarity. And anything less than that is not worthy of our energy.

The Dangerous Myth of “Left Woke Fascism,” by Kenn Orphan

How Liberal Capitalism Has Devolved Into Open Tyranny, by Rainer Shea