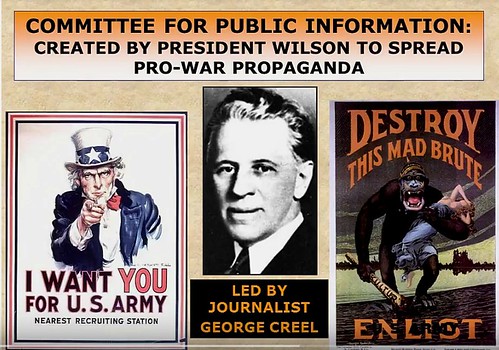 “In its crusade to “make the world safe for democracy,” the Wilson administration took immediate steps at home to curtail one of the pillars of democracy — press freedom — by implementing a plan to control, manipulate and censor all news coverage, on a scale never seen in U.S. history.” — Christopher B. Daly, Smithsonian, April 28, 2017