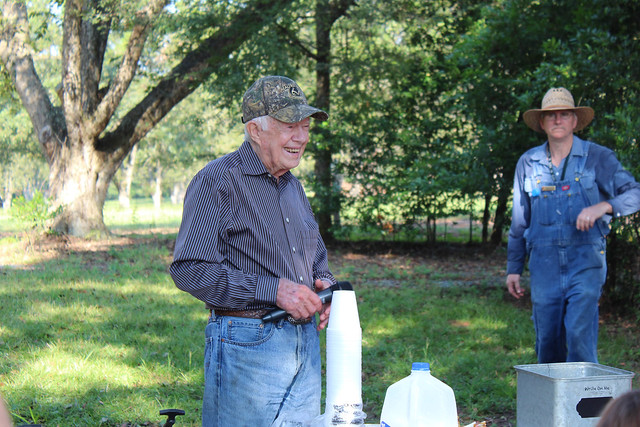 On the show, Chris Hedges discusses the legacy of the Carter administration with his biographer, Pulitzer Prize-winning author, Kai Bird.

Jimmy Carter, America’s 39th president, who served one term from 1977 to 1981 before being defeated by Ronald Reagan, was one of the country’s most enigmatic politicians.

He was a bundle of contradictions, a man of deep Christian faith who would be abandoned by his evangelical base; a president who promised to place human rights at the center of his foreign policy and yet fell under the disastrous influence of his Svengali-like national security adviser Zbigniew Brzezinski, leading Carter to equip and arm the radical jihadists who would morph into the Taliban and Al-Qaeda, and give unswerving support to the brutal Iranian regime of the Shah, Mohammad Reza Pahlavi.

Carter preached compassion for the poor and the vulnerable while imposing punishing financial policies, deregulation and austerity measures that would take a toll on the working class and the marginalized.

And yet in many ways, he was perhaps our most exemplary modern president, refraining from military adventurism, devoting tremendous effort to securing peace in the Middle East, and overseeing an administration that was free from the kinds of corruption and scandals that characterized the presidencies that followed.

Kai Bird’s most recent book is The Outlier: The Unfinished Presidency of Jimmy Carter.