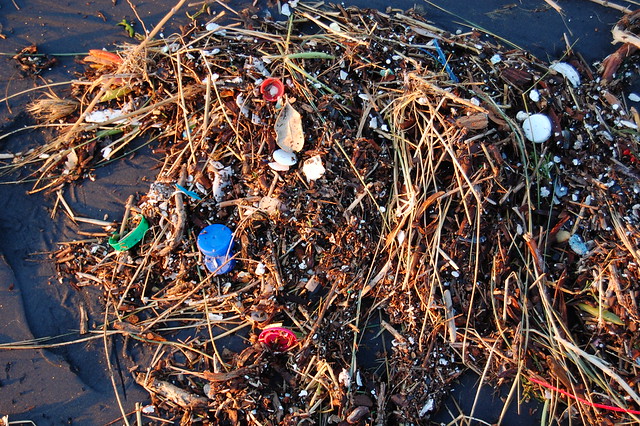 In the decades since then, corporations, NGOs and the military industrial sector have managed to co-opt the very essence of this movement, turning it into a complete farce. After the Vietnam War exposed the murderous lies of imperialistic militarism, weapons manufacturers decided to rebrand their profit making scheme as “peace keeping” efforts. Today, the military is the biggest polluter on the planet.

And corporate greenwashing kicked into high gear too. It had to. After all, decades of plunder and pollution was bad for business since it tarnished their public image. Thus, the sham of recycling was created to cover up the ongoing extraction of fossil fuels in order to make single use, plastic items.

Today, 91 percent of plastic never gets recycled. Much of it winds up in landfills, as litter along roadsides or in parks, or in the ocean. In fact, it is estimated that 5.25 trillion macro and micro pieces of plastic are churning in the world’s oceans, torturing and killing marine wildlife, with millions of plastic items joining them every single day. And the use of fossil fuels is rapidly altering the earth’s climate systems, leading to devastating storms, drought, fires, desertification, coral bleaching and rising sea levels.

The official theme for Earth Day this year is “Invest In Our Planet.” If we read between the lines, it is clear that this theme is a call for the wholescale financialization and privatization of nature. It is apparent that Wall Street has taken the helm and the course they have set will only lead us all to the precipice of ecological catastrophe.

It doesn’t have to remain this way. Just as the ownership of Earth is a scam, so too is the ownership of Earth Day. It begins by us refusing to swallow the corporate, government and military greenwashing lies about a day that was never meant to be a celebration, but a call to radical and revolutionary action to save the biosphere on which we all depend.

2 thoughts on “Earth Day is Not a Celebration, by Kenn Orphan”