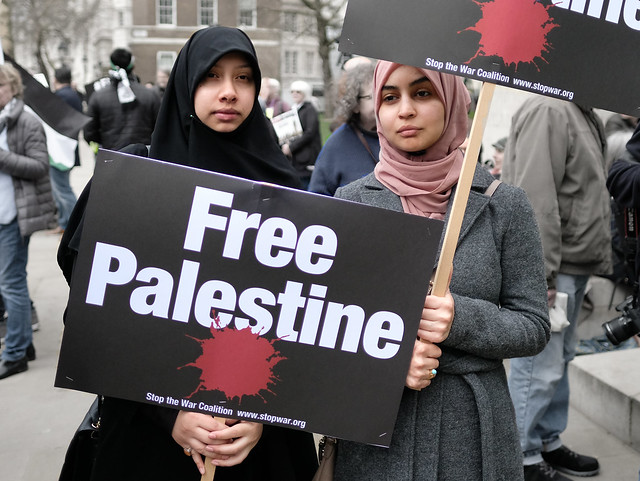 Legendary UK-based hip-hop artist and activist Kareem Dennis, aka Lowkey, uses his considerable talents as a musician to pay homage to the voices and struggles of the oppressed, from the plight of migrants that have fled to Europe, to the suffering of Iraqis and Palestinians in the Middle East, to the victims of the Grenfell Tower fire in 2017.

His work, including his single “Voices of The Voiceless” with Immortal Technique, and “Long Live Palestine” (also known as “Tears to Laughter”), are hip-hop classics. His song “Terrorist?”, a searing condemnation of the hypocrisy of Washington and Western governments, was swiftly censored by many digital media platforms.

He’s long been a target of the Israel lobby in both UK and the United States, which blocked him from receiving a visa to perform. The University of Cambridge postponed his March 8 Zoom talk, “The Israel Lobby’s War Against You.” The British press has engaged in an ongoing smear campaign against the rapper, and there is an organized effort to get his music removed from Spotify.