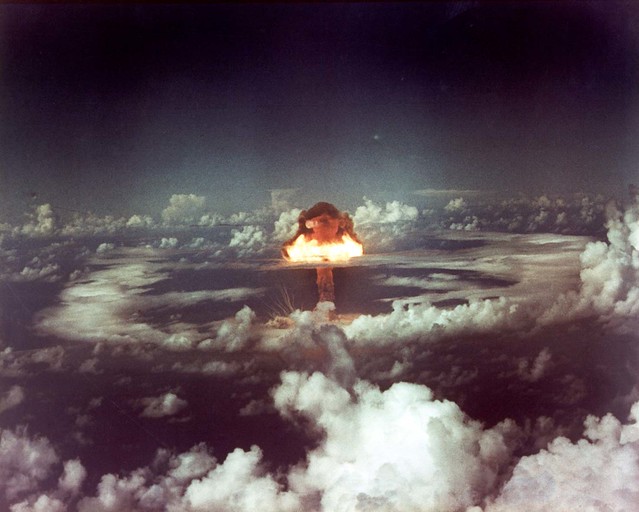 Col. Lawrence Wilkerson joins theAnalysis.news with Paul Jay to discuss the dangers of nuclear war and the crisis/conflict war against Ukraine.

There’s a word that’s missing in all this conversation about nuclear war. There’s a lot of discussion about tactical nuclear weapons, low-yield nuclear weapons as if it’s just another weapon. The word that’s missing, and that’s the word that comes from the Doctor Strangelove movie or the [Daniel] Ellsberg book; that word is doomsday machine. There actually are doomsday machines. The U.S. and the Russians both have it. The talk of tactical nuclear weapons as if it somehow doesn’t lead to a greater nuclear war is shocking and amazing, but here we are.

Chris Hedges and Ralph Nader: The Hypocrisy of War

9 thoughts on “Larry Wilkerson and Paul Jay: Ukraine and the Doomsday Machine”