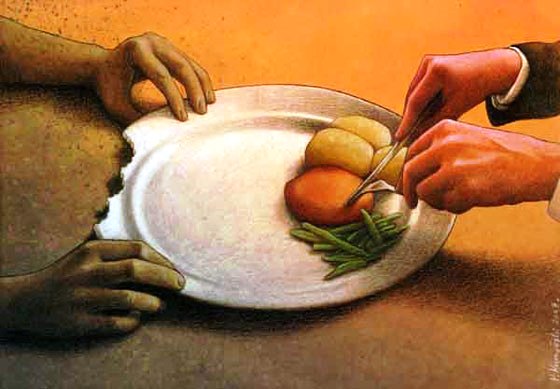 “In the richest country in the world, it’s an injustice that millions of people lack basic health care,” said Sen. Ed Markey.

“[T]he richest country in the world [is] struggling to provide basic nutrition to many of its infants,” according to Vox.

Politico tells us that “the richest country in the world could find itself out of money to combat a Covid resurgence on its own soil.”

“In the richest country in the history of the world, it is absurd, to say the least, that we have sentenced an entire generation to a lifetime of debt simply for doing what was expected of them — getting a college education,” writes Senator Bernie Sanders.

An op-ed in the Herald-Tribune informs us that “As the richest country on Earth, we must find a way to reduce the number of people who live in poverty.”

A New York Times headline reads: “United States is the richest country in the world, and it has the biggest wealth gap.”

I sympathize with all of these statements. To judge them by their tone or purpose or the sort of emotion they exude, you might say that I mostly agree with them. But the fact is that the United States is not, and for a long time has not been, and for the foreseeable future will not be the richest country in the world. And I think it plays into an unhelpful sort of nationalism and exceptionalism for everyone to go on saying so relentlessly — millions and millions of times according to the internet.

The falseness of declaring the United States to be the richest nation is not a bigger deal than any other factual error, except that there seems to be an understood ban on fact-checking this particular mistake. That’s just not done. This statement is often not treated as a factual assertion so much as a declaration of faith, much like “This is the greatest nation in the world” or “This is the most powerful nation in the world.” And that raises a whole other set of concerns for the United States does of course have far and away the richest military in the world, and people do more and more associate the nation with its military.

The falseness of declaring the United States to be the richest country in the HISTORY of the world takes things to a higher level, seeming to rather blatantly buy into a general rejection of all understanding of history and to claim an ability to measure it all in terms usable by Wall Street.

But is it really false that the United States is the richest nation now (for surely a falsehood can’t be in a New York Times headline)?

Well, every use of the claim to richest nation above — and millions more just like them — is by the measure of people: people’s healthcare, people’s education, people’s poverty, people’s credit card debt. And when we measure any other societal factor as it relates to people, we measure it per capita.

But really, what does it mean for the United States to have more money than Finland and Finland to have better schools? Even if we accept, for the sake of argument, that money is a significant factor in the differences between the schools, this tells us nothing whatsoever. The United States has 66 times as many people. So what, if it has more money? Does it have more money per person?

The United States has the largest nominal gross domestic product (GDP). In GDP based on purchasing power parity (PPP), however, the United States trails China and the European Union. (PPP is a means of calculating exchange rates between currencies that controls for variations in cost of living and pricing.) In neither measure of wealth is the United States a leader per capita.

Well, then what did the New York Times mean?

I wouldn’t dare claim to know that, but what it said below its headline (“United States is the richest country in the world”) appeared to be merely that U.S. wealth per capita had increased the fastest in the previous year. Yet, if you read the report the article was based on, it actually did claim that by one measure (net financial assets per capita) the U.S. was at the top, while by another (gross financial assets per capita) Switzerland was at the top. But there are a couple of problems with this:

Of course the New York Times’ measuring of per capita wealth using a form of wealth that 10% of the people in the United States own about 90% of highlights the inequality problem. But at least the New York Times is trying to measure wealth per capita, as it should, as everyone should.

The next time you hear that “the richest country in the world” has done some horrible thing, you should reply that you’ll be sure to contact Luxembourg and offer to help out.

3 thoughts on “The Falseness of Declaring the United States to be the Richest Nation, by David Swanson”