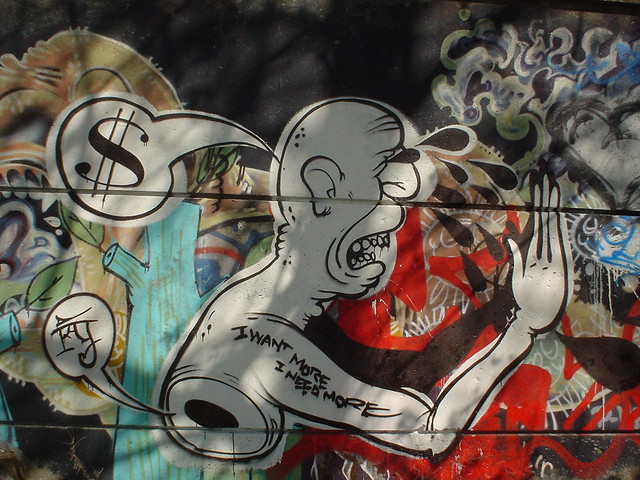 I know I should consider myself lucky to have located anybody at all in the United States who opposes the latest $40 billion “for Ukraine.” But from both the right and the left, those who oppose it almost universally express resentment of spending money “on Ukraine” instead of keeping that money in the US of A or spending it on “Americans.”

The first problem with this is a factual one. The vast majority of that money will never leave the U.S. The biggest chunk of it is for U.S. weapons dealers. Some is even for U.S. troops (in a war they’re supposedly not fighting in).

The second problem is that arming Ukraine with endless weapons (even the New York Times just editorialized that, at some future point, some limit should be set) doesn’t benefit Ukraine. It prevents a ceasefire and negotiations, prolonging a catastrophic war. Next to the Russian invasion, the U.S. weapons shipments are the worst thing that’s happened to Ukraine lately.

The third problem is that Ukraine is not an island. The crop destruction will create famines around the globe. The damage to cooperation on climate, disease, poverty, and disarmament impacts everyone. The risk of nuclear apocalypse is ours to share. The sanctions are hurting us all.

But those are the minor problems. Or at least they don’t offend me as much as another problem that builds on the misunderstanding of those first three. I’m referring to the problem of greed. Not the greed of the weapons dealers and lobbyists. I mean the greed of the people outraged at supposed help for Ukraine when the U.S. needs baby formula, the greed of the caller to a radio show I was on this morning who demanded that we have a public referendum before sending any money overseas, the greed of the peaceniks with shirts reading “Bring Our War Dollars Home.”

How is that greed? Isn’t that enlightened humanitarianism? Isn’t that democracy? No, democracy would be having a public referendum on spending money anywhere, on giving tens of billions of dollars in tax scams to the super rich, on handing $75 billion a year over to Lockheed Martin. Democracy would be a Ludlow Amendment (a public referendum before any war) — or compliance with the laws that forbid war. Democracy is not a corporate free-for-all limited only when it comes to “helping” anyone abroad.

The whole world needs food and water and housing. And the funds exist to give those things to the world including the United States. There is no need to be greedy.

The U.N. says $30 billion a year would end starvation on Earth. Take the latest $40 billion from war and put it into preventing starvation. The other $10 billion would be nearly enough to give the whole world (yes, including Michigan) clean drinking water. Getting greedy about money on behalf of a national flag is not just a little bit warlike, but also suggests a failure to grasp how much money goes into war. In the U.S. alone it’s over $1.25 trillion a year — enough to transform the lives of all of us in every country.

It’s also worth considering that the country responsible for providing the rest of the world (as well as itself) with basic services — rather than bases and weapons and trainers of oppressive thugs — would be far more protected from foreign attack than the resident of the world’s deepest bunker. The safest way to handle enemies is to not create them in the first place.

Our cry should not be “Spend the money on this little group of people!”

Our cry should be “Move the money from war and destruction to the needs of people and planet!”

6 thoughts on “The Answer to the Latest Greedy War Spending Should Not Be Greed, by David Swanson”