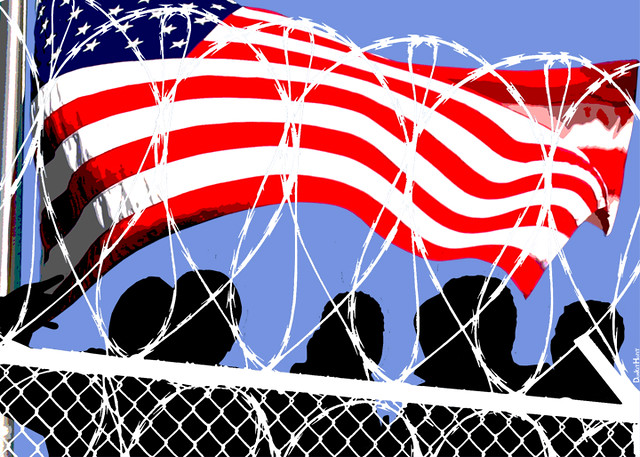 Although it represents less than 5% of the global population, the United States has 25% of the world’s prison population, some 2.3 million people, most of whom are poor.

Its prisons are notorious for their violence, overcrowding, and human rights abuses, including the widespread use of solitary confinement. But what is often not examined is what happens to those released from prisons into a society where they face legalized discrimination imposed by numerous laws, rules, and policies that result in permanent marginalization.

Thrust into a criminal caste system, these former prisoners are often denied the right to vote, can lose their passports, are barred from receiving public assistance, including housing, and are blocked from a variety of jobs. They must often repay exorbitant fines, abide by arbitrary rules imposed by probation officers, and avoid committing even minor criminal offenses or they go back to prison. The hurdles placed before them are momentous—and these hurdles help explain why, within five years, a staggering 76% return to prison.

In the first of a two-part series called The Long Road Home, we look at what happens to those in the United States who leave prison and struggle to reenter society through the eyes of five former prisoners—all of whom Chris Hedges taught in the college degree program offered by Rutgers University in the New Jersey prison system—who collectively spent 119 years in prison.

Chris Hedges: A Question of Freedom: A Memoir of Learning, Survival, and Coming of Age in Prison

Chris Hedges: Trauma and Transformation in an American Prison, Part 2

Chris Hedges: Trauma and Transformation in an American Prison, Part 1

Chris Hedges: Caged: Life From Inside and Outside the US Prison System