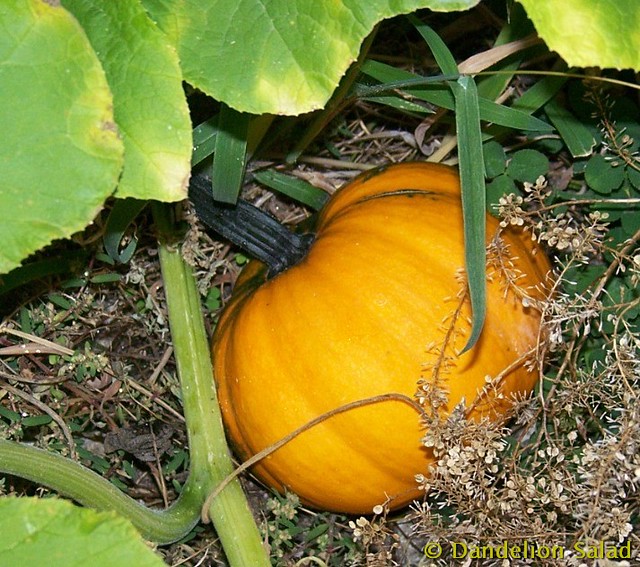 Hunger and obesity are symptoms of the same problem. Activist Raj Patel’s latest film follows a Malawian farmer as she cares for the Earth while growing crops.

“If you are not anxious at the moment, there must be something wrong with you. How can you not be? All the data suggests that we are fucked,” says filmmaker and food activist Raj Patel.

Industrial agriculture is an aspect of capitalism contributing to rendering the world ultimately uninhabitable. Patel’s film The Ants and the Grasshopper explores this. [See film trailer below]

“Capitalism works by stealing from nature. Now all these bills are coming due,” Patel says. “We are living in a climate crisis, and we are running out of planet to destroy … In the past, we’ve dodged a lot of bullets”, but the future holds no guarantees.

We have entered the sixth mass extinction. This time, humans are largely responsible for the destruction. Given this, Patel warns that the only viable alternative is to make a U-turn, changing our actions to be in harmony with other species that contribute to the balance of life.

Part of this is considering the menacing effects of capitalism on our food systems. “To me, it seems that hunger should not exist when there’s enough food to feed everybody.”

Patel was five years old when he became a food activist after visiting India for the first time. He recalls being at an intersection and seeing a child begging for money for food. Although he could not yet grasp that what he was witnessing was the work of capitalism and its contradictions, he says this encounter changed his life forever.

“My journey has been through various kinds of experiments and inquiries into figuring out how to stop hunger,” he says. “It is very clear that without political transformation and revolutionary change, we can’t end hunger. It’s ultimately a political decision and until the politics change, we’ll always have hunger.”

In 2007, Patel published Stuffed and Starved: The Hidden Battle for the World Food System (Melville House). It uncovers what influences the choices made in the fields and for our palates.

“The sum of these choices has left many stuffed and many starved, with people at both ends of the food system obese and impoverished, and with a handful of the system’s architects extremely wealthy,” Patel writes. “Sometimes, the choices produce new ways of being free, and of connecting with one another, and the world around us. Sometimes, the choices are desolate.”

Patel says hunger is growing, and there is no reason to think that things are going to get better in the short term. Not only are more people experiencing hunger, but many also now find themselves in the dubious “undernourished” category.

“This is a category that’s been engineered to make development institutions look good, because to be undernourished you have to have less than 2,100 calories per day,” Patel says. “That’s really, really low. You have to be really hungry, and you have to do that for the whole year. If you’re devastated by hurricanes and you experience food shortages for six months, you are not considered undernourished, even if you suffer and your children suffer long-term damages as a result of that, it’s still not counted in the figures.”

According to the Food and Agriculture Organization of the United Nations, of the 768 million undernourished people in 2020, more than half lived in Asia and more than one-third in Africa. Latin America and the Caribbean accounted for about 8% (60 million).

Choices not our own

Patel says global hunger and obesity are symptoms of the same problem and that eradicating world hunger will also prevent the global epidemics of diabetes and heart disease while addressing a host of environmental and social ills.

Even when trying to “buy something healthy … our choices are not entirely our own”. In supermarkets, “the menu is crafted not by our choices, nor by the seasons, nor where we find ourselves, nor by the full range of apples available, nor by the full spectrum of available nutrition and tastes, but by the power of food corporations”, Patel writes in Stuffed and Starved.

The capitalist-driven food system has failed to offer viable solutions. Instead, food prices keep going up. “Globally, this is the year where we’ll see catastrophic levels of hunger. Someone from the Bank of England said there’s going to be ‘apocalyptic levels of hunger’,” Patel says.

“Overweight and hungry people are linked through the chains of production that bring food from the fields to our plate. Guided by the profit motive, the corporations that sell our food shape and constrain how we eat, and how we think about food.”

At the heart of agroecology

Patel’s documentary – created alongside Zak Piper, an Emmy-award-winning producer – took 10 years to film. Through the story of agroecological farmer Anita Chitaya from Bwabwa in Malawi, the filmmakers trace alternative food systems that work in harmony with the environment, while charting the disconnect between those who are paying the price for climate change and those who are oblivious, yet their actions cause irreparable harm.

Chitaya farms cassava, maize and beans. “We have also mixed pigeon peas and pumpkins. We are combining crops to improve the soil fertility. The beans fertilise the soil. The corn is our staple,” she says in the film. “And the pumpkin leaves shade the ground so that we do not have to weed as much.”

The documentary follows Chitaya and other activists as they travel to the United States to initiate a conversation about the change in the climate they are witnessing at home. For instance, rainfall has become scarcer, sabotaging their efforts to produce food.

At the end of Chitaya’s journey, she is devastated. “America has so much potential and refuses to do anything about other people’s problems as if they’re disconnected,” says Patel. “This was not a film that would be on Netflix, that’s not the audience. We are trying to persuade people who do not normally watch documentaries that there’s a story here and there’s someone very important that you need to listen to, and that person is Anita Chitaya.”

Chitaya’s activism is deeply rooted in her religion. As a result, Patel says, the documentary has managed to spark an agroecology conversation in an unlikely place: church. “When you watch the film, you’ll realise there is a lot of prophetic language, which Anita uses in her activism,” says Patel.

Ultimately the film wants to make “a very big difference in a way that people are organising around climate change”. Patel continues, “We spent a lot of time making sure that there were people who’d find the film useful in their organising. We are bringing new people into the movement and this film essentially does that.”

Given the Global North’s reductionist mantra that the Global South is incapable of solving its own food shortages, the documentary does something different. It shows that Africans are actively participating in viable solutions, not only for themselves but for the rest of the world.

“We need regenerative agriculture to sequester emissions,” Patel says. “But we need it for other reasons – to build communities, to heal our bodies from the damage that industrial agriculture is doing, we need agroecology to restore the beings we depend on.”

Patel says that when he wrote Stuffed and Starved, the idea of agroecology was niche. “But now there’s a colleague of mine who found out that there are at least 8 million farmer groups who are researching and experimenting with agroecology. That is a victory!”

What’s fascinating, Patel says, is that agroecology is not just about eating healthy foods and being in harmony with nature. It goes a step further by asking questions of gender equality, who owns the land, who runs the economy, and more. “The transformations we need to make agroecology a success are political decisions,” he says.

Taking back our power

So, what are some of the steps that we can take to reclaim our sovereignty and get back what the food system has taken from us? Patel offers some solutions. One of these is to transform our tastes. Much of the damage done by the food system is carried out under the alibi of “consumer demand”. The most obvious way to choke the supply is to douse the demand. Secondly, we can eat locally and seasonally. Food that does not have to be grown or treated for long-distance travel tastes better, costs less to make and has a smaller carbon footprint. It is dependent on the seasons.

Another solution Patel suggests is to eat agro-ecologically. This is food that is produced with a farming philosophy that works with nature, develops and maintains soil fertility, produces a wide range of crops and matches the farming methods to the needs, climate, geography, biodiversity and aspirations of a particular place and community.

Finally, supporting locally owned businesses is important. Although supermarkets portray themselves as zones of choice and variety, the opposite is often the case. Supermarkets, while offering shelves of plenty, employ fewer people and charge more for less fresh food than local growers do.

This article was first published by New Frame, June 1, 2022

The Ants and the Grasshopper official film trailer

A first look at The Ants and the Grasshopper, a film about gender, race, climate change and the future of the planet that asks, “How do you change someone’s mind about the most important thing in the world?” A film by Raj Patel + Zak Piper, narrated by Anita Chitaya with Peter Mazunda. Visit antsandgrasshopper.org to find out more.

Stuffed and Starved: The Hidden Battle for the World Food System

Chris Hedges: In the Struggle: Scholars and the Fight Against Industrial Agribusiness in California

Using food as a weapon, by Nicole Colson

5 thoughts on “Pay Attention: Our Food System Is Broken, by Magnificent Mndebele”