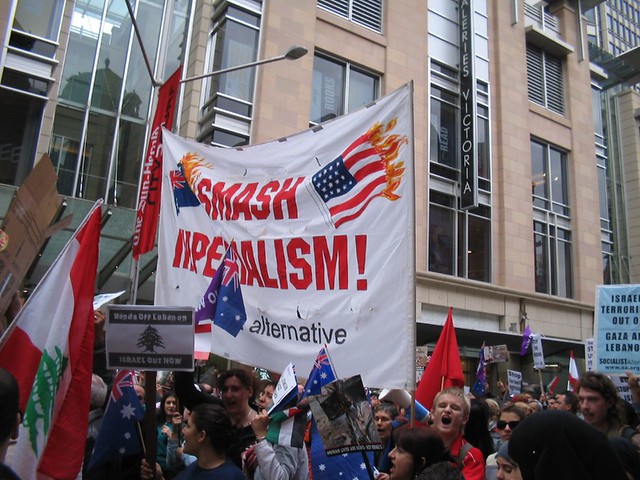 In the previous video, we discussed how the capitalist-imperialist system developed over the past century. Today, in the current phase, we will discuss its 4 main characteristics, as laid out by Pao-Yu Ching in the highly recommended book, Lenin’s Imperialism in the 21st Century published by the Institute of Political Economy.

Pao-Yu Ching describes 4 characteristics of the current phase of imperialism as:

The Global Police State by William I. Robinson

Will Griffin: Imperialism After Lenin

Imperialism is the Source of our Society’s Growing Misery and Death, by Rainer Shea

3 thoughts on “Will Griffin: 4 Characteristics of the Current Phase of Imperialism”