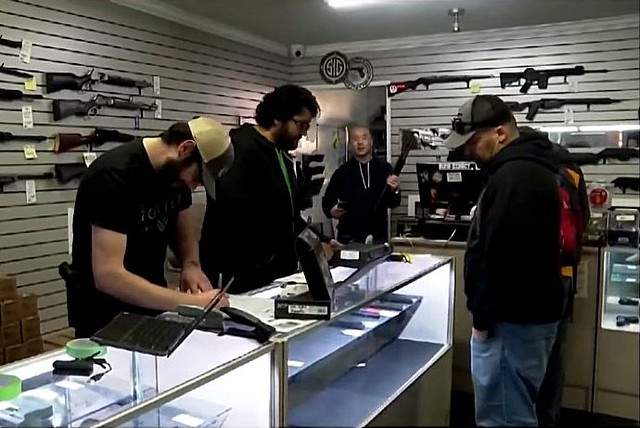 Mass shootings are difficult to understand. Most of us resort to judgment and leave it there. But if you really want something to stop, you must seek to understand where it originated.

Author and Pulitzer Prize winning journalist, Chris Hedges, explains America’s gun fetish, why people in America cling to its guns, and what we must do if we ever hope to change this culture.

“Guns were a ubiquitous part of my childhood. Like many boys in rural America, I was fascinated by guns, although I disliked hunting. Two decades as a reporter in war zones, however, resulted in a deep aversion to weapons. I saw what they did to human bodies.

“America’s gun fetish and culture of vigilante violence makes the U.S. very different from other industrialized nations. This is the reason there will never be serious gun control. It does not matter how many mass shootings take place, how many children are butchered in their classrooms, or how high the homicide rate climbs.

“There are nearly 400 million guns in the U.S., some 120 guns for every 100 Americans. Half of the privately-owned guns are owned by 3 percent of the population.

“Guns made lower working-class people feel powerful, even when they were not. Take away their guns and what was left? Decaying small towns, shuttered textile and paper mills, dead-end jobs, seedy bars where veterans drank away their trauma. Take away the guns, and the brute force of squalor, decline, and abandonment hit you in the face like a tidal wave.”