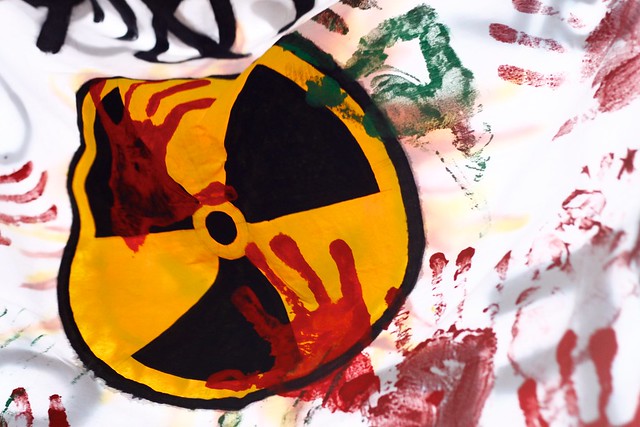 Helen Caldicott, a world-renowned author and film-maker, warns that the sharpening military confrontation between the United States and Russia puts global security, peace and ultimately our very existence in more danger than ever before. The U.S. has gutted arms-control treaties one after another, and its NATO allies have long-pushed Russia into an existential predicament.

Based now in her native Australia, she also deplores how successive governments in Canberra have pandered to the relentless U.S. agenda of antagonism towards China and Russia. She says this subordination and lack of independent foreign policy is undermining Australia’s national economy and eroding peace and security in the Asia-Pacific region.

Dr Helen Caldicott was born in Melbourne in 1938. She is an M.D. and author of several books including Sleepwalking to Armageddon. A recipient of multiple international awards, she also has been the subject of several films, including Eight Minutes to Midnight, nominated for an Academy Award in 1981 for best documentary feature.

Question: As a seasoned campaigner for global nuclear disarmament are you more or less concerned by the danger of a catastrophic war erupting today compared with earlier times?

Helen Caldicott: Yes, we have never been closer to nuclear annihilation now since the Cuban missile crisis in 1962. I knew Robert McNamara who was President Kennedy’s secretary of defense and was in the Oval Office at the time of the crisis, and he later said to me, “Helen, we came so close, to within three minutes of nuclear war.”

Question: What factors do you see as increasing the risk of a world war and nuclear conflagration?

Helen Caldicott: Well, for the first time since the Cuban missile crisis, the two nuclear powers, each armed with thousands of nuclear weapons, many on hair-trigger alert, are opposing each other on the battle field, and as the United States has refused to negotiate with Russian President Vladimir Putin who asked that the Ukraine not join NATO and for the U.S. to remove the missiles placed in the NATO countries, targeted on Russia, Putin has his back to the wall, and at some point, as he has suggested, could use a small tactical nuclear bomb which would vaporize and burn hundreds and thousands of people with many more dying of acute radiation illness, and that action could well trigger a nuclear response from the U.S., which could then escalate into full-scale nuclear war.

However, I will add here that Putin’s invasion of the Ukraine and the dreadful killing that is going on makes my heart sick.

Question: Do you view the United States as having an onerous responsibility for undermining world peace given that it is the U.S. that has primarily abandoned key arms-control treaties, such as the ABM, INF, and Open Skies Treaty?

Helen Caldicott: Yes, I do. I do not understand their motivation except that if one examines the neocons who have always hated Russia even though it is now a capitalist country, including Victoria Nuland, Robert Kagan, Antony Blinken and others whom Biden has elevated to his cabinet, we are in serious trouble. These people are well funded by the ever-powerful military-industrial complex which profits enormously from all wars including of course the Ukraine.

Question: More than 30 years after the supposed end of the Cold War between the United States and the former Soviet Union – and high promises back then of historic “peace dividends” – the world seems to be polarizing under the U.S.-led NATO military bloc. What accounts for this seeming anachronism and lack of global peace dividend?

Helen Caldicott: Well, the end of the Cold War did not suit the American military-industrial complex at all, so Norman Augustine, head of Lockheed Martin, set off on a crusade to persuade the newly liberated countries to join NATO and to become “democracies”, and in so doing they each had to spend millions of dollars equipping themselves with weapons, purchased of course from Lockheed Martin et al. So the peace dividend disappeared. And NATO, which is actually the US, has surrounded the southern border of Russia with missiles targeting Russia. No wonder Putin is deeply concerned. Guess what the U.S. would do if the Warsaw Pact had set up a similar situation on its northern border in Canada. It probably would blow up the world as it came close to doing during the Cuban missile crisis.

Question: U.S. President Joe Biden recently made his first trip to the Asia-Pacific region, or what Washington now refers to as “Indo-Pacific”. Are you reassured by Biden’s declaration of the U.S. defending the “rules-based order”?

Helen Caldicott: I don’t even know what the so-called rules-based order is. Obviously, something dreamt up by the US. Somehow America thinks in its naivety, stupidity and arrogance that it needs to control the world militarily. It now has over 800 military bases in 80 countries and has metastasized like cancer throughout the world.

Question: Are you concerned that Australia is being sucked into a U.S.-led militaristic confrontation with China?

Helen Caldicott: Yes, I am, and our politicians in Australia seem to blindly accept the U.S. dictates, even I’m very afraid, our new Labor government.

We already host Pine Gap, a sophisticated CIA base in the middle of our country which is the nidus of control of the U.S. strategic arsenal and would coordinate a nuclear war with Russia. Gough Whitlam, our former PM (Labor, 1972-75) was about to name the operatives at Pine Gap the next day in parliament when he was removed from office by the then Governor-General Sir John Kerr.

We also are hosting U.S. Marines in Darwin, the U.S. has a naval facility in Western Australia called Northwest Cape, and we have participated in American wars, including Iraq, Korea, Vietnam, Afghanistan, etc.

Question: Notably, Australia’s new Prime Minister Anthony Albanese (Labor party) made it his first duty in office to attend the Quad summit in Japan where he voiced strong support for U.S. policies towards China and Russia. Albanese’s predecessor Scott Morrison (Liberal party) was a staunch promoter of U.S. interests and antagonism towards China. What is the outlook for the new government in Canberra in terms of international relations?

Helen Caldicott: Well, we will have to wait and see. I am, though, very nervous that they will follow the U.S. in its antagonism towards China regarding Taiwan and Hong Kong. Already the U.S. is provoking China by sending more military vessels into the South China Sea.

Helen Caldicott: Well, our previous PM Scott Morrison (2018-22) goaded China by implying that Covid originated in a lab in Wuhan, and the Chinese government was so annoyed that they cut off trading wine, barley, beef, lobsters, coal, cotton and other important exports from Australia which has really hit our economy.

Question: One might wonder why Australians voted for one party over another if there is not much fundamental difference in terms of important foreign policies?

Helen Caldicott: Yes, I am wondering that also, but as our media is almost totally controlled by one private owner, Rupert Murdoch, the people are not really well-educated, informed or up-to-date with these policies and events.

However, to my great relief and that of others, the Greens now hold the balance of power in the Senate and many independent candidates, mainly intelligent, powerful women, also won many seats in the lower house, and so the new prime minister will have to negotiate with them. So although things look grim, there may be some improvement in policies. Although I doubt much will change regarding our relationship with the U.S. and its war-like policies.

11 thoughts on “Helen Caldicott: Why This Is More Dangerous Than the Cuban Missile Crisis, by Finian Cunningham”