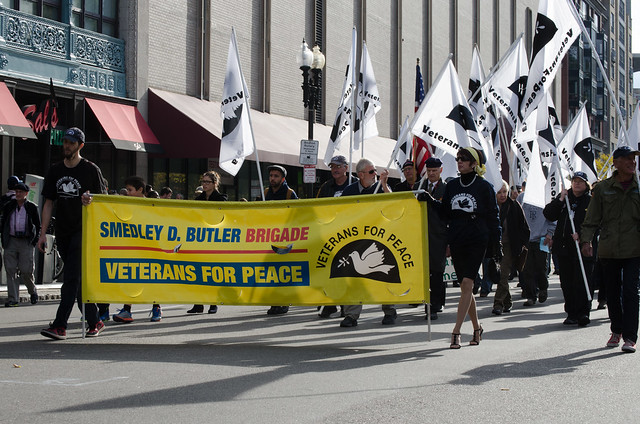 Other than being an adjunct booster of overseas Pentagon military operations and refortifying its vulnerable embassies, what does the U.S. State Department stand for and do anymore?

Sometimes it’s hard to see much difference with the much larger Department of Defense (DOD). Its more belligerent statements or threats since Bill and Hillary Clinton’s days have made the DOD sound almost circumspect.

Recall it was Secretary of State, ‘Generalissima’ Hillary Clinton, under Obama, who, against the opposition of Secretary of Defense Robert Gates, pressed the President in 2011 to unlawfully overthrow the Libyan regime unleashing chaos, violence and mayhem in Libya and in neighboring African nations that still prevails today. (Later, Obama said it was his biggest foreign policy regret.)

Our country’s founders established the State Department in 1789 to conduct diplomacy (plus consular duties). Its charter explicitly instructs its function to be peaceful relations with other nations.

We now have Secretary of State Antony Blinken who comes from the Hillary Clinton school of routine, unconstitutional and unlawful adventures overseas. He is ignoring the arms control treaties, especially with Russia, that have either expired, are about to expire, or are violated by both Russia and the US and other nations such as the Treaty on the Non-Proliferation of Nuclear Weapons (NPT).

Waging peace and conflict resolution should be the State Department’s main mission. There is a lot of inherited work for Antony Blinken and a revived foreign service corps to engage big time. Mr. Blinken could press aggressively for ‘cease fires’ for example, as with Russia’s war in Ukraine.

In 2019, former president Jimmy Carter called the United States “the most warlike nation in the history of the world,” adding that only 16 years out of our nation’s 242 years were times of peace.

Washington and its “military-industrial-complex” (President Eisenhower’s words) have set records toppling foreign governments that were duly elected by the people, and propping up right-wing dictatorships in Latin America, Africa and Asia, so long as they obey us and our corporations. (See: War is a Racket by General Smedley D. Butler, 1935).

Against this militaristic mania, you may wish to know about the Veterans for Peace (VFP) organization of which I am a member. VFP is embraced by veterans from all our wars going back to World War II. Its members have written, spoken, picketed and pursued non-violent disobediences against the recent wars of the U.S. Empire. VFP has highlighted the immense harm done to millions of innocent victims in these countries, speaking out against the injuries and illnesses of returning U.S. soldiers. VFP advocates for robust peace missions and enforceable arms control treaties.

Veterans for Peace challenges the proliferating impact of militarism and the vast bloated unauditable military expenditures throughout our political economy, culture and educational institutions.

With the leadership of Executive Director Garett Reppenhagen, VFP is planning a major expansion of its activities. Membership is open to non-veterans and they welcome donations. In particular, very wealthy elderly people who are looking for a universal cause to recognize might envision what a new future of peace and social justice looks like for our posterity. They can call Mr. Reppenhagen at 314-899-4514 / reppenhagen@veteransforpeace.org.

Perhaps, the State Department can host a meeting with Veterans for Peace to remind itself of its original mission.

One thought on “Weaning the State Department from War-making to Peaceful Robust Diplomacy, by Ralph Nader”