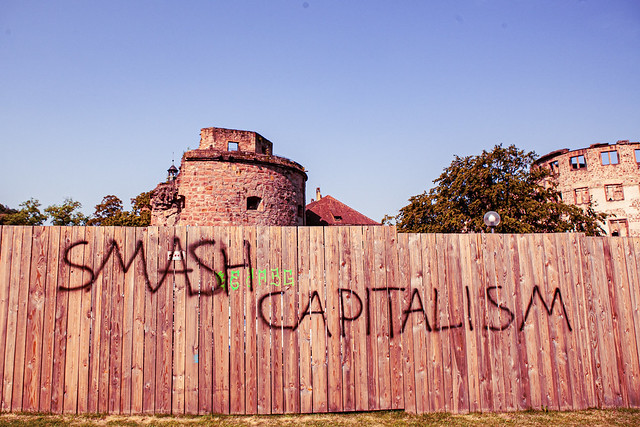 “We have, after World War II, systematically destroyed the Left: Communists, Socialists, Marxists, Anarchists, Labor Union activists, all of it. It is logical and not a surprise that an angry American working class goes to the right, it looks to the right to give them the explanation.” — Richard Wolff

Richard Wolff is the top-tier professor of economics who brought Marx’s critique of capital back into the public debate– addressing a general audience so as to ideologically arm a generation of workers against the system that exploits them, whilst exposing the myths and lies of the bourgeois economists.

He is one who can answer the burning questions of society today in the concrete by applying the greatest analysis of class and theory of economics of the past. He is a hero of the Left in Eastern Europe as much as anywhere, and we are thrilled to, once again, have him on the show and hear his insights on the historical moment and period to come.

1:38 The supposed logic of the failed sanctions against Russia. How is it that Russia has been so resilient to them, and that they’ve instead backfired onto Europe? Russia’s protection by China.

20:24 Changing consciousness in the US. How denial operates during a period of decline of American global hegemony– both for those in power and for the average American observing world events while experiencing dangerous levels of economic instability.

35:08 Worker co-ops and democratizing the workplace: what role do these play and why are they a valuable tool for fundamentally addressing the systemic problems, in combination with centralized planning of the economy.

49:18 Pushing back on the media narrative about what inflation is. Inflation combined with recession and political crisis is a massive problem for which the capitalists have no solution.

1:16:47 Closing words from Wolff. His credit to the legacy of Marx and hope for the re-uptake of these direly needed ideas. His general advice: “You’d be better off giving yourself to learning what you should have been taught.”

Michael Hudson: The Nature of Financialization and Neoliberalism, Interviewed by Eric Draitser

American Diplomacy as a Tragic Drama, by Michael Hudson

4 thoughts on “Richard Wolff: The Economics of the War and the Crisis Ahead”