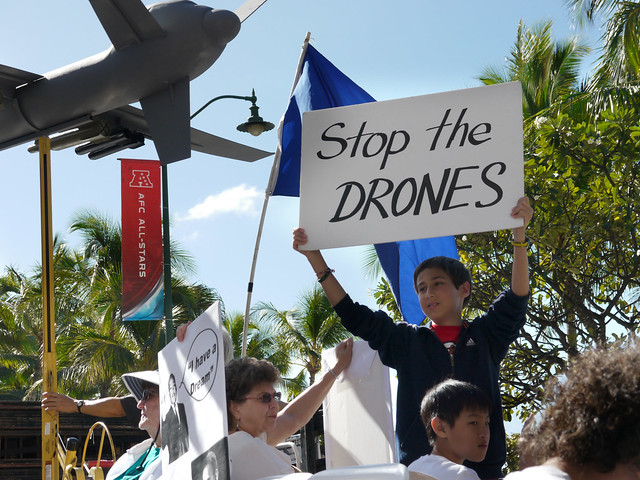 Awaiting discharge from a hospital in Cairo, Adel Al Manthari, a Yemeni civilian, faces months of physical therapy and mounting medical bills following three surgeries since 2018, when a U.S. weaponized drone killed four of his cousins and left him mangled, burnt and barely alive, bedridden to this day.

Absent from the briefings was any mention of regret or compensation for the thousands of civilians like Adel and his family whose lives have been forever altered by a US drone attack. Human rights organizations like the UK-based Reprieve have sent numerous requests to the U.S. Department of Defense and the State Department, seeking compensation to assist with Adel’s medical care, but no action has been taken. Instead, Adel and his family rely on a Go Fund Me campaign which has raised sufficient funds to cover the most recent surgery and hospitalization. But Adel’s supporters are now begging for more assistance to pay for crucial physical therapy plus household expenses for Adel and two of his sons, his primary caregivers during the extended stay in Egypt. The family struggles with precarious finances, yet the Pentagon budget seemingly can’t spare a dime to help them.

Writing for the New York Review of Books, (September 22, 2022), Wyatt Mason described the Lockheed Martin Hellfire 114 R9X, nicknamed the “ninja bomb,” as an air-to-surface, drone-launched missile with a top speed of 995 miles per hour. Carrying no explosives, the R9X purportedly avoids collateral damage. As The Guardian reported in September 2020, “The weapon uses a combination of the force of 100 lb. of dense material flying at high speed and six attached blades which deploy before impact to crush and slice its victims.”

Adel was attacked before the “ninja bomb” was in more common use. Indeed it is unlikely that he would have survived had his attackers hit the car he and his cousins were traveling in with the barbaric weapon designed to slice up their broken bodies. But this would be small comfort to a man who recalls the day when he and his cousins were attacked. The five of them were traveling by car to examine a real estate proposition for the family. One of the cousins worked for the Yemeni military. Adel worked for the Yemeni government. None of them were ever linked to non-governmental terrorism. But somehow they were targeted. The impact of the missile which hit them instantly killed three of the men. Adel saw, with horror, the strewn body parts of his cousins, one of whom was decapitated. One cousin, still alive, was rushed to a hospital where he died days later.

The Biden administration seems keen to depict a kinder, gentler form of drone attacks, avoiding collateral damage by using more precise weapons like the “ninja bomb” and assuring that President Biden himself orders any attacks waged in countries where the United States is not at war. The “new” rules actually continue policies set up by former President Obama.

President Biden can confer upon himself the power to kill other human beings anywhere in the world because he has determined, as he said after he ordered the drone assassination of Ayman al-Zawahiri, “if you are a threat to our people, the United States will find you and take you out.”

Martin Sheen, noted for his portrayal of U.S. President Josiah Bartlet on the 1999-2006 TV series “The West Wing,” has provided the voice-over for two 15-second cable spots critical of U.S. drone warfare. The spots began running this past weekend on CNN and MSNBC channels showing in Wilmington, DE, the hometown of President Joe Biden.

In both spots, Sheen, who has a long history of opposing war and human rights violations, notes the tragedy of civilians killed overseas by U.S. drones. As images of press reports about drone operator suicides roll, he asks: “Can you imagine the unseen effects on the men and women who operate them?”

Humanity faces rising perils of climate catastrophe and nuclear weapon proliferation. We need fictive voices like that of Sheen’s West Wing president and the very real, albeit sidelined leadership of people like Jeremy Corbyn in the UK: “Some say to discuss peace at a time of war is a sign of some kind of weakness,” Corbyn writes, noting:

“the opposite is true. It is the bravery of peace protesters around the world that stopped some governments from being involved in Afghanistan, Iraq, Libya, Syria, Yemen, or any of the dozens of other conflicts going on. Peace is not just the absence of war; it is real security. The security of knowing you will be able to eat, your children will be educated and cared for, and a health service will be there when you need it. For millions, that is not a reality now; the after effects of the war in Ukraine will take that away from millions more. Meanwhile, many countries are now increasing arms spending and investing resources in more and more dangerous weapons. The United States has just approved its biggest-ever defense budget. These resources used for weapons are all resources not used for health, education, housing, or environmental protection. This is a perilous and dangerous time. Watching the horror play out and then preparing for more conflicts in the future will not ensure that the climate crisis, poverty crisis, or food supply is addressed. It’s up to all of us to build and support movements that can chart another course for peace, security, and justice for all.”

The current lineup of world leaders seem incapable of leveling with their people about the consequences of pouring money into military budgets which then allow “defense” corporations to profit from weapon sales, worldwide, fueling forever wars and enabling them to unleash legions of lobbyists to assure that government officials continue feeding the greedy, barbaric corporate missions of outfits like Raytheon, Lockheed Martin, Boeing and General Atomics.

We must follow the bright lights arrayed across the world as grass roots movements campaign for environmental sanity and seek to abolish war. And we must engage in the gentle personalism which endeavors to tell Adel Al Manthari we’re sorry, we’re so very sorry for what our countries have done to him, and we earnestly wish to help.

Kathy Kelly and Nick Mottern co-coordinate the BanKillerDrones campaign. Mottern serves on the Board of Directors for Veterans for Peace, and Kathy Kelly, syndicated by PeaceVoice, is Board President of World BEYOND War.

Will Griffin: The Crown Family, General Dynamics, and the US War Machine

Drone Murder Has Been Normalized, by David Swanson

One thought on “Surviving the Killing Fields, by Kathy Kelly and Nick Mottern”