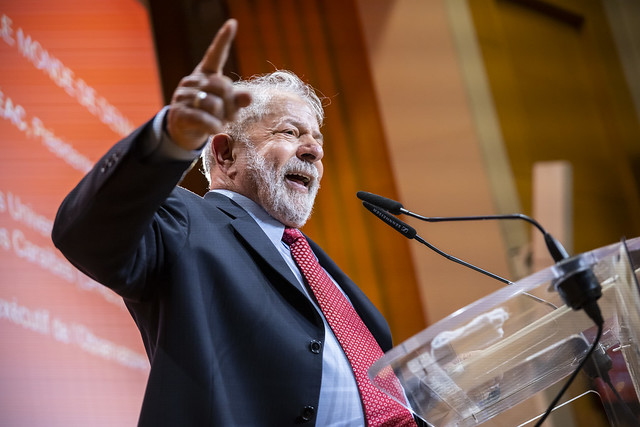 Image by Oliver Kornblihtt via Mídia NINJA via Flickr

On October 30th, Brazilians voted in a presidential runoff election that was won by Luiz ‘Lula’ Ignacio Da Silva. It was a victory by the narrowest of margins, although in fairness, the president elect’s opponent had the clear support of the federal highway patrol, which reportedly set hundreds of roadblocks in areas of the country that had supported the former president in the first round of voting.

It was an election with massive stakes, perhaps the most important of 2022 in any country, a vote that, in the best-case scenario, will impact not only Brazil but the whole world, especially in terms of the unfolding climate emergency.

A side effect of this activity that the soon to be former president seemed gleeful about was the suffering being visited on what’s left of the country’s indigenous peoples, some of them uncontacted and living in isolation in their territories for centuries.

When climate scientists talk about ‘tipping points’ that could precipitate greater natural disasters in the short term and force average temperatures higher over time, the loss of the Amazon is one of their chief concerns. Preserving it becomes doubly important considering other tipping points are already being reached in terms of glacier melt, the loss of the world’s coral reefs, and other major forests like those in the Congo Basin that are being ravaged out of the view of most media.

President-elect Da Silva, who will take office on January 1st, 2023, will have his work cut out for him and will need global support to protect this natural treasure, with the World Wildlife Fund having just released a report on the dire situation the Amazon faces at the COP27 summit that just ended in Egypt.

As the report’s authors wrote:

“The situation has begun to show signs of nearing a point of no return: seasons are changing, surface water is being lost, rivers are becoming increasingly disconnected and polluted, and forests are under immense pressure from increasingly devastating waves of deforestation and fire.”

During an appearance at the same conference, Lula reminded the leaders of wealthy nations of a 2009 pledge to provide $100 billion a year to help poorer countries deal with the impacts of climate change that has not been followed through on, saying, “I don’t know how many representatives of rich countries are here; I want to say that my return here is also to collect on what was promised.”

We should start by ensuring that the money is there to help Lula achieve his promise to Brazilians to end deforestation in his country and defend the Amazon. It is in the whole world’s interest to make sure he succeeds.

Derek Royden, syndicated by PeaceVoice, is a Canadian journalist.

COP27 Continues the Climate Summit Ritual of Words Without Action, by Pete Dolack

Loving Nature Or Profiting From It: Take Your Pick, by Robert C. Koehler

One thought on “Lula Da Silva’s Election Is A Victory For The World, by Derek Royden”