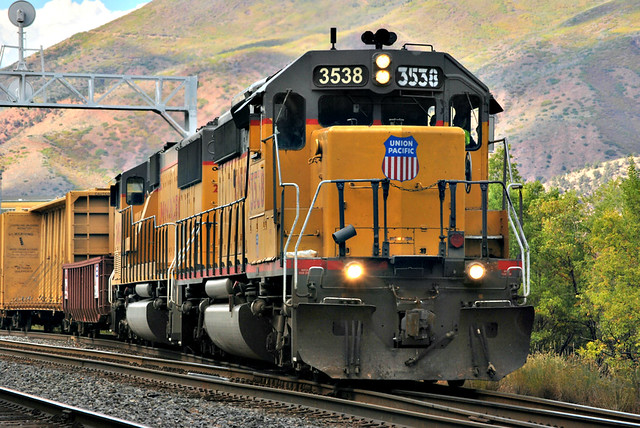 Joe Biden has shown his true colors: he stands with corporate bosses over union workers. In a statement released last night, Biden stabbed rail workers in the back by calling on Congress to pass legislation imposing the terms of a tentative deal that was rejected by the members of key unions in the industry. Top Congressional leaders immediately announced their intention to do just that.

Negotiations between unions and rail bosses are going down to the wire ahead of a Dec. 9 deadline when the mandated “cooling off” period ends and workers are able to legally strike. A tentative agreement had been struck at the bargaining table on September 15, but workers in several unions decided that the terms did not adequately address the hardships they are facing on the job and voted to reject. This meant that the possibility of a strike was back on, and rail owners had to return to negotiations with the unions. But Biden now wants to impose the rejected agreement.

Biden and other top Democrats are attempting to frame this as a difficult decision they were forced to make for the good of the country. “I share workers’ concern about the inability to take leave to recover from illness or care for a sick family member,” Biden claimed in his statement, “But at this critical moment for our economy, in the holiday season, we cannot let our strongly held conviction for better outcomes for workers deny workers the benefits of the bargain they reached, and hurl this nation into a devastating rail freight shutdown.” Nancy Pelosi stated, “I don’t like going against the ability of unions to strike, but weighing the equities, we must avoid a strike. Jobs will be lost, even union jobs will be lost, water will not be safe, product will not be going to market.”

Workers exercising their right to strike is not some catastrophe that must be avoided at all costs. It is the most potent weapon at the disposal of the labor movement to win dignified working conditions and compensation. Warren Buffet or any of the other rail industry bosses do not make the trains run, workers do. It is true that a rail strike would shut down or disrupt other major sectors of the economy. But this is what makes the working class powerful. Any economic problems that come with a strike would be the fault of the rail corporations who stubbornly refuse to meet the workers’ just demands.

The hypocrisy of the politicians knows no bounds. If a strike is so potentially economically harmful that Congress has to impose an agreement, why does it have to be the agreement that workers voted to reject? Why can’t it be an agreement that grants workers the demands that these politicians pretend to sympathize with? Certainly that would not be too much to ask of someone who pledged on the campaign trail to be “the most pro-union president you’ve ever seen.”

The core of what rail workers want is something that should be guaranteed to all as a basic right: sick days. Rail corporations have made enormous profits in recent years forcing fewer employees to do more work under a formula known as “Precision Scheduled Railroading.” Even though the amount of freight being transported increased, between 2015 and 2021 the rail companies cut 47,000 jobs. The result is a scheduling policy that is completely inconsistent, prevents workers from living a normal family life, and does not even allow for something as fundamental as time off work for illness. This inhumane model is at the core of the remaining issues that were not adequately addressed in the tentative deal brokered by the Biden administration in September.

The right to strike was won thanks to generations of courageous struggle. Countless labor activists gave their lives over the years to secure this, facing down deadly violence from the bosses’ strikebreakers, police, and National Guard. Who is Joe Biden, Nancy Pelosi or any other millionaire politician to tell workers that they cannot exercise this right? Are they prevented by their employer from spending holidays with family or going to see a doctor?

An intense period of political jockeying is now underway ahead of any Congressional action. The Democrats’ leadership in Congress is counting on Republican votes to overcome any objections from within their own ranks. But there are signs that Republicans may choose to vote against the imposition of a deal in order to deal a humiliating political blow to the Biden administration.

This fight is not over, and the administration’s scheme to sabotage the right to strike can still be defeated. And that Biden is even attempting to pull off this shameful maneuver is testament to the fact that no capitalist politician can be trusted to follow through on their promises – they have to be forced.

© Copyright 2022. Content may be reproduced with credit to LiberationNews.org.

US House Passes Bill Forcing Railway Workers To Not Strike, by by Ian Welsh

What Biden and Congress’ move to ban railroad strike reveals, by Tom Hall

Chris Hedges and Ralph Nader: A Postmortem on the 2022 Midterm Elections

How Capitalism Controls You