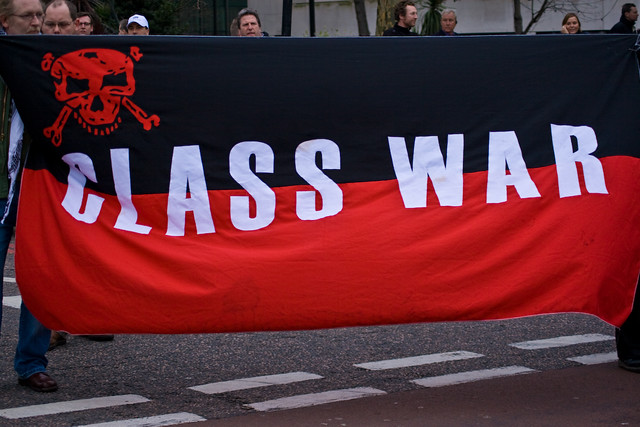 Chris Hedges speaks with the economist Richard Wolff about inflation, growing income inequality and the looming disasters built into the U.S. economic system.

Inflation, at 7.75 percent, along with soaring interest rates, massive personal debt, stagnant and, in real terms, declining wages are crippling the public. As inflation raises prices faster than wages, there is a continued redistribution of income and wealth upward from employees to employers and more suffering for workers and their families.

The Federal Reserve has reacted to inflation by “quantitative tightening,” reducing the quantity of money in circulation and raising interest rates. The Fed sells securities chiefly to major financial institutions (inducing them to buy by charging attractively low prices for those securities) as the economist Richard Wolff points out.

Those major financial institutions then pass on the higher rates (plus a markup for their own profits) to their customers (individuals and businesses). In short, the major financial players profit from Fed policy while offloading its costs onto the smaller economic players they service with loans.

The policy is based on the premise that costlier loans will dissuade borrowers who will then demand fewer goods and services and thereby “induce” sellers to inflate their prices less. The Fed’s policy provides cash advantages to major employers, especially in financial enterprises and the rich. Higher interest costs are a heavier burden, and a greater risk, the smaller the size of a business or of an individual’s wealth.

Economist Richard Wolff joins The Chris Hedges Report to discuss the origins of the inflation crisis, the Fed’s response, and what this all means for working people.

Richard D. Wolff is Professor of Economics Emeritus at the University of Massachusetts, Amherst and a Visiting Professor in the Graduate Program in International Affairs at the New School. He is the host of the weekly program Economic Update, and the author of several books, including his most recent title, The Sickness in the System: When Capitalism Fails To Save Us From Pandemics or Itself.

Michael Hudson: The Rentier Economy is a Free Lunch

Michael Hudson and Ralph Nader: The Federal Reserve, Quantitative Easing, and Who Runs the US Treasury

Richard Wolff: The Economics of the War and the Crisis Ahead

Michael Parenti: How To Think About Class