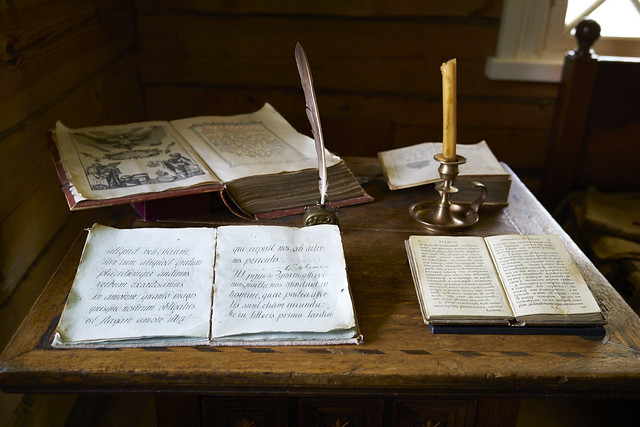 War is a language of lies. Cold and callous, it emanates from dull, technocratic minds, draining life of color. It is an institutional offense to the human spirit.

Take for example the recent Report issued by the Center for Strategic & International Studies (CSIS) entitled “The First Battle of the Next War: Wargaming a Chinese Invasion of Taiwan.”  This think tank conducted 24 iterations of wargames whereby China invades Taiwan. The U.S. and its allies respond. The result each time: No one wins. Not really.

“The United States and Japan lose dozens of ships, hundreds of aircraft, and thousands of servicemembers. Such losses would damage the U.S. global position for many years. While Taiwan’s military is unbroken, it is severely degraded and left to defend a damaged economy on an island without electricity and basic services. China also suffers heavily. Its navy is in shambles, the core of its amphibious forces is broken, and tens of thousands of soldiers are prisoners of war.”

Degraded. A damaged economy. Losses. The report is referring to enormous numbers of men, women, and children slaughtered by bombs and bullets, of economies and livelihoods catastrophically ruined, countries devastated for years. It does not even address the likelihood of a nuclear exchange. Its words are void of the sharp pain and grief of such reality, lifeless, soulless. These zombie-technocrats do not just make war on people, but on reason, on human emotion.

A poet is needed to tell the truth. Poetry recognizes not the ideal but the real. It cuts to the bone. It doesn’t flinch. It doesn’t look away.

They died and were buried in mud but their hands protruded.
So their friends used the hands to hang helmets on.
And the fields? Aren’t the fields changed by what happened?
The dead aren’t like us.
How can the fields continue as simple fields?

Language can free our minds or imprison them. What we say matters. The hard, bare, truthful words of reckoning. Utter the words of truth about war and the military can no longer continue its somnambulant recital of death.

A boy soldier in the bone-hot sun works his knife
to peel the face from a dead man
and hang it from the branch of a tree
flowering with such faces.

War utilizes a philology emptied of humanity. It speaks in an intentionally mind-numbing manner to glaze over the horrid, murderous acts contemplated. The omnicidal wargames Report by CSIS continues, “There is no rigorous, open-source analysis of the operational dynamics and outcomes of an invasion despite its critical nature.” It sounds antiseptic, boring, but in reality, it is, well, ….

It is worse than memory, the open country of death.

We were meant to think and speak poetically. To lay bare the lie. Poetry detests the banal, combs through the detritus to give uncommon testimony. It is to think and speak realistically and transcendentally, to illuminate the works of the world, whether those works be baleful or beautiful. Poetry sees things as they are, looks at life not as an object to be exploited but contemplated, revered.

Why lie? Why not life, as you intended?

If we take our humanity seriously, our response to the warmakers must be rebellion. Peaceful and poetic, forceful and unrelenting. We need to raise the human condition as they seek to degrade it. The Merchants of Death cannot defeat a movement that speaks the language of poetry.

The Corporate State knows what they are doing. They seek to anesthetize our minds first so they can kill our bodies without resistance. They are good at it. They know how to divert us, deplete us. And should we muster enough violent rage, they know how to respond to our violence. But not poetic protest. Their neural pathways do not lead to poetry, to nonviolent potential, to visions of lovingkindness. Their language, their words, and their power, wither before the truthful expression of their deeds.

That is why we feel
it is enough to listen
to the wind jostling lemons,
to dogs ticking across the terraces,
knowing that while birds and warmer weather are forever moving north,
the cries of those who vanish
might take years to get here.

Non-violent revolutionaries speaking the language of poetry can win. It is estimated that it only takes 3.5 Percent of a population to bring down the most repressive totalitarian state. And despite our rights, we live in a repressive Corporate-Totalitarian State which imprisons truth-tellers and kills widely and indiscriminately across the globe. Are there 11 million among us in these here United States willing to speak and hear the honest language of poetry?

And so, don’t look away. Speak with unflinching courage and honesty. Words matter. Give witness to life, and to the dirty lie of war. Be a Poet Revolutionary. The truth will kill the Beast.

You tell me you are a poet. If so, our destination is the same.
I find myself now the boatman, driving a taxi at the end of the world.
I will see that you arrive safely, my friend, I will get you there.

Brad Wolf, syndicated by PeaceVoice, is a former community college dean and Executive Director/Co-founder of Peace Action Network of Lancaster, Pennsylvania as well as a Team Organizer for the Merchants of Death War Crimes Tribunal.

Brian Becker and Lee Camp: What Next For The Anti-War Movement?

John Pilger: The US is Escalating War Tensions With China in Desperate Bid to Maintain Global Power, interviewed by Finian Cunningham

A Moment Of Silence, by Emmanuel Ortiz

Drew Dellinger: It’s 3:23 in the Morning

Chris Hedges: We Desperately Need the Clarion Call of the Radical Poet to Give Words to our Despair + The Wreckage of a Soul by Soraya Boyd

Lukomorye: Poets Pave the Road to the Golden Age, by Gaither Stewart

3 thoughts on “Poetic Nonviolent Victory Over War, by Brad Wolf”